Using cocaine once is enough to rewire the brain and cause addiction, according to new research.

The research, from UC Berkeley and UCSF, sheds light on the frontal brain’s role in drug-seeking behavior and may be key to tackling addiction.

Researchers found that, after just one dose of cocaine, the rodents showed fast and robust growth of dendritic spines, which are tiny, twig like structures that connect neurons and form the nodes of the brain’s circuit wiring.

“The more spines the mice gain, the more they show they learned about the drug,” she said.

For mice “learning about the drug” can mean seeking it out to the exclusion of meeting other needs, which may explain how addiction in humans can override other considerations that are necessary for a balanced life.

“The downside is, you might be learning too well about drugs at the expense of other things,” Wilbrecht said.

Using a technology known as 2-photon laser scanning microscopy, researchers made images of nerve cell connections in the frontal cortices of live mice before and after the mice received their first dose of cocaine and, within just two hours, observed the formation of new dendritic spines.

“The number of new, robust spines gained correlated with how much the individual mice learned to prefer the context in which they received the drug,” Wilbrecht said.

The findings provide clues to behavioral and environmental factors in drug addiction.

Tagged as cocaine rewires the brain

Cosplayers and their cosplay to enjoy! 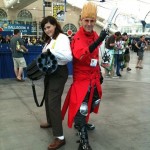 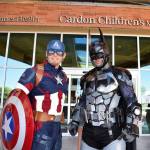 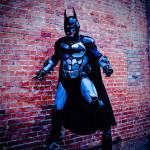 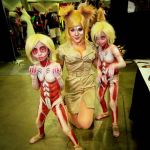 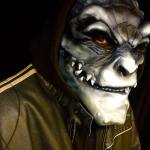 By Sumitra on November 4th, 2015 Category: News
There is a group of fruit lovers in San Francisco that practice something known as “guerrilla grafting” –  they graft fruit bearing branches onto fruitless, ornamental trees across the Bay Area city. Having access to free fruit sounds like a wonderful idea, considering the number of homeless people who can rarely afford a decent meal, but guerrilla grafting is actually illegal.

In many metropolitan areas, urban foresters make sure that flowering fruit trees don’t bear any fruit, in order to keep fallen fruit from making a mess on sidewalks and attracting vermin. Most public trees are fruitless, a fact that the Guerilla Grafters obviously don’t like. While authorities see urban fruit-bearing trees as a nuisance, these agricultural rebels see them as an opportunity to provide fresh, healthy produce for free to anyone who walks by.

According to their Facebook page, “Guerrilla Grafters is a grassroots group that sees a missed opportunity for cities to provide a peach or a pear to anyone strolling by. Their objective is to restore sterile city trees into fruit-bearers by grafting branches from fertile trees. The project may not resolve food scarcity, but it helps foster a habitat that sustains us.” Their mission, they say is to make delicious, nutritious fruit available to urban residents through these grafts.

As noble as their intentions may seem to most of us, guerrilla grafting is illegal and classified as vandalism by San Francisco’s Department of Public Works. It doesn’t matter who plants the tree, who grafts branches, or who maintains it, if it’s on a sidewalk, it’s publicly owned and messing with it is a crime. But as of 2012, the department did not plan to actively pursue grafters. “Unless someone is caught in the act, there’s not much we could do,” said spokesperson Gloria Chan, adding that it is hard to catch because the average person doesn’t know what an illegal graft looks like so it’s not likely to get reported.

However, some people seem to think guerrilla grafting is a very serious problem. “It gets very dangerous very quickly,” said Carla Short, an urban forester for the San Francisco Department of Public Works. “I mean the minute that fruit gets crushed on the sidewalk, it is slippery. We certainly don’t want people to get injured.”

But the law isn’t a deterrent for these urban gardeners, who seem quite focused on their mission. “People think of fruit trees as a kind of a nuisance,” said Tara Hui, member of the group since its inception five years ago. “The intention of doing guerrilla grafting is not so much for the sake of challenging authority, but to set an example – a working example – to counter the arguments. If we have a prototype, we can have a legitimate rational discussion on the issue.” Plus, every grafted tree has a steward, someone who promises to check up on it regularly, making sure it doesn’t cause any problems.

She added that many fruit lovers did try to follow “legal channels” at first – she wanted to plant a fruit tree in front of her house and was fully prepared to care for it herself. But her efforts were repeatedly thwarted by the department and by San Francisco nonprofit Friends of the Urban Forest. So she began connecting with other frustrated residents who wanted fruit trees and they started using social media to delve into underground channels.

The grafters like to think of their activities as ‘hybrid farming’ or ‘street theater’ and believe that their efforts don’t pose threats like slip hazards from fallen fruit or damage to the host trees. “With grafts, you only have a few branches that are fruit bearing, and it’s really very manageable,” said guerrilla grafter Miriam Goldberg. And they take full responsibility to make sure that ripe fruits are safely harvested. They’re also prepared to help with maintenance tasks like pruning, propping, and watering.

“The hope is that through this one small act (of grafting) we can reconnect with a shared space and reconnect with each other,” Hui said. “Ultimately, I think codes and regulations should respond to the reality of people’s lives. Just taking an evening stroll, and then you see a fruit and you reach over and now you’re nourished.”

Guerrilla grafters have created a web app to provide grafting tips and help members find trees that might be good candidates to accept fruit-bearing branches. Through their Facebook page they track the progress of their cherry, plum, and pear grafts, and report upcoming events.

Do the Easter Island Heads Really Have Bodies?

The mysterious Easter Island statues — hundreds of huge, ancient carved stone heads that guard the hilly Pacific island landscape — may actually have bodies, according to an email showing excavations at the site.

The email, which made the rounds in May 2012, contained photos of a startling excavation project at Easter Island. According to the email, archaeologists were in the process of unearthing the statues’ bodies, which were gradually buried by 500-plus years of erosion.

Turns out, so many people were seeking an answer that “we were swamped by over 3 million hits and our site crashed,” said Jo Anne Van Tilburg, director of the Easter Island Statue Project, which had indeed been excavating two of the statues’ buried bodies since 2010. Photos of the dig posted on the project website, and older photos taken of full-bodied Easter Island statues that were excavated in the 1950s, have been collected together in the chain email, driving that past surge of interest in the excavation project, and confusion about what’s real.

“The reason people think they are [only] heads is there are about 150 statues buried up to the shoulders on the slope of a volcano, and these are the most famous, most beautiful and most photographed of all the Easter Island statues,” Van Tilburg, who is also a fellow at the Cotsen Institute of Archaeology at the University of California, Los Angeles, told Life’s Little Mysteries. “This suggested to people who had not seen photos of [other unearthed statues on the island] that they are heads only.”

In fact, archaeologists have studied the statues on the island for about a century, and have been aware of the torsos beneath the statues’ heads since the earliest excavations in 1914. [The Most Monumental Monument Mistakes]

The statues, whose traditional name is “moai,” were carved from volcanic rock between A.D. 1100 and 1500 by ancient Polynesians. They range in size, with the tallest reaching 33 feet (10 meters).  Although their significance is still somewhat of a mystery, the moai are thought to have been representations of the indigenous peoples’ ancestors. Tribespeople would probably have carved a new statue each time an important tribal figure passed away, Van Tilburg said.

The new excavation work intends to document for the first time the complex carvings found on the buried statues’ bodies, which have been protected from weathering by their burial. But the project will also help preserve the ancient monoliths, she said. “We have a team that accompanies us and they consolidate and protect the stone by applying chemicals and water repellant.”

Cosplay Pictures for the Weekend

Cosplayers and their cosplay to enjoy! 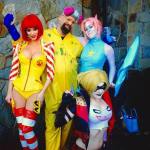 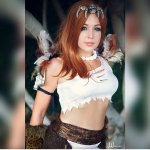 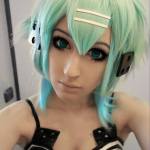 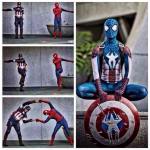 Home with the cold that is going around, might as well have some laughs to share with others… 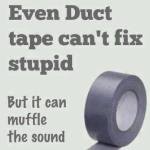 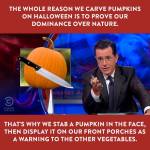 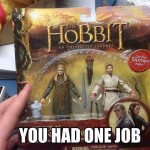 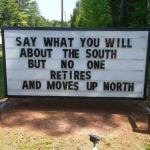