More cosplay pictures for your enjoyment!

Who you gonna call?

Steampunkers from Arizona – my friends

As an ongoing interest I post pictures of abandoned areas which have their own creepy art to them.  The form of photography is sometimes referred to as haikyo, or ruins, in Japanese, based on the original photographs of the abandoned amusement parks there.

Haunting Photos Of Abandoned Cities Around The World

There are more abandoned cities than you’d think. But they’re also probably at least as creepy as you would imagine in your nightmares. Take a look at these ghost towns and get even more close and personal with Chernobyl Diaries, Now Playing. posted on May 4, 2012 at 6:07pm EDT

Chernobyl Diaries BuzzFeed Partner posted about a year ago

Haunting Photos Of Abandoned Cities Around…

Pripyat, Ukraine
Site of the infamous Chernobyl incident, the entire city had to be abandoned in 1986 due to nuclear radiation.

Sanzhi District, Taiwan
The “Sanzhi UFO houses” were a major development project for some pretty unusual-looking vacation homes, which was abandoned in 1978 before it could be completed. The site was demolished in 2008, and is now being redeveloped.

Craco, Italy
Craco was a medieval village built high up on a steep summit for defensive reasons, but recurring earthquakes eventually made it impossible to sustain. Today, less than 800 people live there in a commune, while the majority remains eerily uninhabited.

Kolmanskop, Namibia
Formerly a bustling diamond mining town, after the market declined, inhabitants began leaving the town after WWI; by 1954, it was completely deserted. As it was an enclave for German colonialists for many years, the architecture is not only out of place, but its abandonment enhances it even more.

Oradour-sur-Glane, France
Oradour-sur-Glane was a village destroyed by a German military unit in 1944, killing 642 of its inhabitants. Although a new village was built nearby to replace it, today the original village stands as a memorial.

Centralia, Pennsylvania
Centralia was once a prosperous mining town, but in 1962 a mine fire broke out, which continues to burn off the coal underground to this day. As a result, its population is 10 as of 2010, making it one of the least-populated municipalities in Pennsylvania.

Random Humor for your enjoyment.  Sorry about the slow posts this week, been dealing with a lot of stuff…sigh…

Here are a few maps I am reposting from a map site that I found interesting:

Most common last name in the US

Most common last names in Europe

For you researchers out there.

England has joined the former Soviet Union for hardest drinkers

Over half the world population lives in that one circle.

All of the highest paid public employees in the United States are at colleges, and most are coaches…sigh

Cosplay pictures for your Saturday.  Enjoy!

A Gamorrean from Star Wars surrounded by Deadpools

Dark Siders have all the bad girls

Batman and Cable from X-Men 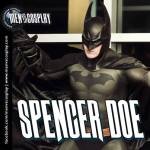 Despicable Me with Minion

Jessica Nigri as Link from Legend of Zelda

Those eyes are amazing

A Dog and His Blanket

One of my dogs, Barclay, the playful Shi-Tzu can make a game of anything.  His favorite toy right now is his red blanket.  He lays on it like a pillow like most dogs, but he also makes it into a fort draping it over the couch and coffee table.  He also covers himself and has you fight with him while he can’t see.  You tap his paws or face and he bites at the hidden intruder.  My favorite though is when he plays Little Red Blanky Hood.

Barclay wears his red blanket like a hooded cloak.  He could be a Jedi knight, a superhero, little red riding hood, whatever.  I am not sure what goes through his mind, but he loves it.  He is at this very moment fighting with my wife under his blanky.  Here is a picture, and no, it is not posed.  He does this himself…

The Extraordinary Adventures of Adele Blanc-Sec

The Extraordinary Adventures of Adele Blanc-Sec can be seen for free on Netflix and I recommend it.  It is subtitled in English, being a French film, but that does not detract from the whimsical nature.  Though set in the early 1900s, it has a Steampunk flair to it.  The lead is Adele Blanc-Sec, a female adventurer similar to Indiana Jones.  The film includes pterodactyls, mummies, mysticism, action and lots of humor.  It keeps up the light tone throughout and is fun for all.  A family could easily watch as it would be rated most likely G or PG-13.

One of the scenes in an underground tomb

The comic book it is derived from.

The Extraordinary Adventures of Adèle Blanc-Sec (French: Les Aventures extraordinaires d’Adèle Blanc-Sec), released as Adèle: Rise of the Mummy in Malaysia and Singapore,[6] is a 2010 French fantasy adventure feature film written and directed by Luc Besson. It is loosely based on the comic book series of the same name by Jacques Tardi and, as in the comic, follows the eponymous writer and a number of recurring side characters in a succession of far-fetched incidents in 1910s Paris and beyond, in this episode revolving around parapsychology and ultra-advanced Ancient Egyptian technology, which both pastiche and subvert adventure and speculative fiction of the period. The primarily live-action film, shot in Super 35,[10] incorporates much use of computer animation to portray its fanciful elements and contemporary action film special and visual effects within the form of the older-style adventure films they have largely superseded.

Cute dog pictures to cheer up your Monday…

The following are Steampunk photographs taken during the Wild Wild West Con 3 at Old Tucson Studios in Tucson, Arizona.  They were taken by Paul Davis of Paul Davis Photography and reposted here by his permission.  As you know, Steampunk is the science fiction from the Age of Steam, roughly 1830-1900 or during the Victorian Era in England and the period in the United States that saw the Civil War, Indian Wars and the Wild West.  WWWC3 is the only Steampunk event held in a rebuilt period western town.  Over 300 movies and TV series have been filmed at Old Tucson Studios and the event is planned by the Arizona Steampunk Society, of which I am a proud member.  Enjoy!

Kato, of Steampunk Couture and Steamgirl.com had them eating out of her hands.

Diana Givens and Jason Geck, co-organizers of the event

Random Humor for your weekend enjoyment!

Shown before but always gets a lot of clicks…

If that is not a gag, what a great name…

Hint-It is a song name.