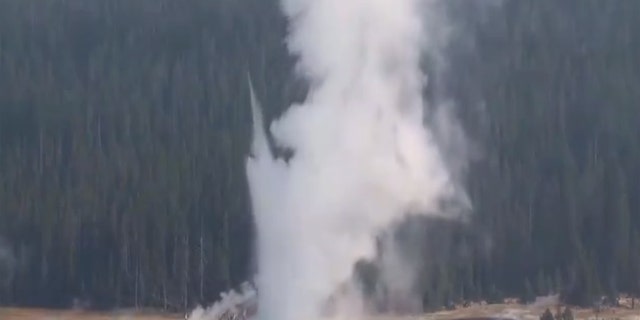 Dinosaur diagnosed with malignant cancer for the first time: researchers say The cancer was found in the leg bone of a Centrosaurus which lived 76 to 77 million years ago

Researchers on Monday announced the discovery and diagnosis of an aggressive type of bone cancer in a dinosaur, making it the first known example of a dinosaur afflicted by malignant cancer, according to a study.

The cancer was found in the leg bone of a Centrosaurus, a horned dinosaur that lived 76 to 77 million years ago. Its fossils were previously unearthed in the badlands of Dinosaur Provincial Park in Canada’s Alberta province back in 1989, where scientists spotted a badly malformed leg bone they believed to be a healed fracture.

A team of researchers, including David Evans of the Royal Ontario Museum (ROM) and Mark Crowther a hematologist at McMaster University, re-evaluated the bone and determined it was actually osteosarcoma, an aggressive type of bone cancer, according to a study published the journal Lancet Oncology.

“Diagnosis of aggressive cancer like this in dinosaurs has been elusive and requires medical expertise and multiple levels of analysis to properly identify,” Crowther said in a press release by the ROM. “Here, we show the unmistakable signature of advanced bone cancer in 76-million-year-old horned dinosaur — the first of its kind. It’s very exciting.”

The researchers — assembled from a variety of different fields — diagnosed the tumor using high-resolution CT scans, where they observed thin sections under the microscope to assess it at a cellular level.

Scientists approached the diagnosis similar to how they would with an unknown tumor in a human patient.
“We were not only able to demonstrate that the bone tissue showed the hallmarks of osteosarcoma, but that the tumor spiraled through the cortex of bone, discounting its original identification of a healed fracture,” Evans added.

Most tumors occur in soft tissue that doesn’t willingly fossilize, so there is little evidence of cancer in fossil records, according to Reuters.

The study’s findings could establish links between ancient and modern animals and even help scientists learn more about the evolution and genetics of various diseases. 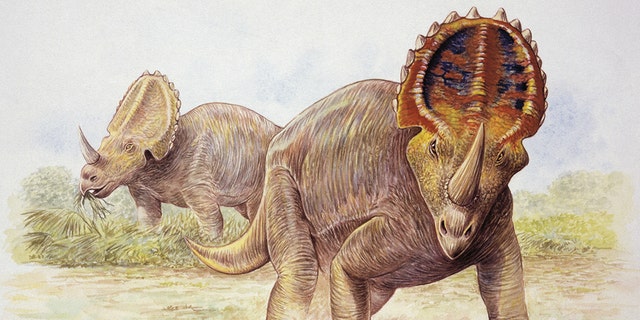 “Evidence of many other diseases that we share with dinosaurs and other extinct animals may yet be sitting in museum collections in need of re-examination using modern analytical techniques,” the release said.

Tumors were also found in a dinosaur earlier this year, although a malignant cancer diagnosis has yet to be confirmed.

“This finding speaks to the biology of cancer. It is not something novel or new, but probably has occurred since time immemorial and is an expected complication in all animals,” added Crowther, according to the news organization.

“Osteosarcoma generally occurs in rapidly growing bones and as such is found in children and young adults. Presumably, dinosaurs were also at risk because of the fact that they grew at enormous rates,” he continued.

While the Centrosaurus was likely weak from cancer before it died, Evans said the disease may not have killed the dinosaur. The fossil was found in a bonebed containing the remains of hundreds of other Centrosaurus dinosaurs, which suggested that they died in a flood.

“This remarkable find shows that no matter how big or powerful some dinosaurs may seem, they were affected by many of the same diseases we see in humans and other animals today, including cancer,” he added, according to Reuters. “Dinosaurs seem like mythical beasts, but they were living, breathing animals that suffered through horrible injuries and diseases.”

David Aaro is a Reporter at Fox News Digital based in New York City.

Tagged as Dinosaur diagnosed with malignant cancer for the first time: researchers say The cancer was found in the leg bone of a Centrosaurus which lived 76 to 77 million years ago