There Will be THREE, yes Three Hobbit Films…

Peter Jacksons reveals that two will become three when he shoots the further adventures of Bilbo Baggins.

by Chris Tilly
JULY 30, 2012
So it looks like the rumours and speculation were true, and there will be a third Hobbit movie. Check out Peter Jackson’s official statement, which just hit facebook.

It is only at the end of a shoot that you finally get the chance to sit down and have a look at the film you have made. Recently Fran, Phil and I did just this when we watched for the first time an early cut of the first movie – and a large chunk of the second. We were really pleased with the way the story was coming together, in particular, the strength of the characters and the cast who have brought them to life.  All of which gave rise to a simple question: do we take this chance to tell more of the tale? And the answer from our perspective as the filmmakers, and as fans, was an unreserved ‘yes.’

We know how much of the story of Bilbo Baggins, the Wizard Gandalf, the Dwarves of Erebor, the rise of the Necromancer, and the Battle of Dol Guldur will remain untold if we do not take this chance.  The richness of the story of The Hobbit, as well as some of the related material in the appendices of The Lord of the Rings, allows us to tell the full story of the adventures of Bilbo Baggins and the part he played in the sometimes dangerous, but at all times exciting, history of Middle-earth.

So, without further ado and on behalf of New Line Cinema, Warner Bros. Pictures, Metro-Goldwyn-Mayer, Wingnut Films, and the entire cast and crew of “The Hobbit” films, I’d like to announce that two films will become three.

It has been an unexpected journey indeed, and in the words of Professor Tolkien himself, “a tale that grew in the telling.”

The Hobbit: An Unexpected Journey hits screenins worldwide on December 14, 2012, while The Hobbit: There and Back Again arrives December 13, 2013. And while there’s no news as to when Jackson will shoot part three, we’re guessing it’ll hit December 2014

You work all your life and you have that one window that comes but once where you are the right age and at the top of your game to participate in the Olympics.  Let us not forget that most Olympic athletes are young, some children.  Kids as young as 14 I think in gymnastics.  Most are in their early twenties.  Do you remember how many dumb things you did in your early twenties?  In fact, they say the dorms where the athletes stay are one big party, with sex, alcohol and rock and roll.  Just imagine college dorm rooms where everyone is in perfect shape…

If you miss your window, in most sports you will never be able to make it again.  So, I ask you, is this fair or not?

Greek Olympian Voula Papachristou was booted from her country’s Olympic team this week after posting a racial joke to Twitter — and now says the punishment has left her “very bitter and upset.”

The triple jumper posted a tweet earlier this week that roughly translated to: “With so many Africans in Greece…at least the West Nile mosquitoes will eat homemade food!!!”

She later apologized for the tweet, but it wasn’t enough to prevent the Greek Olympic Committee from expelling her from the Games.

Don’t get me wrong, the tweet was racist and in poor taste.  However, out of all the thousands of athletes from around the world, how many others do you think have said worse this week, but did not put it in a public tweet?  With all the problems in Greece with financial bankruptcy and rioting, they choose this time to ban their own athlete, instead of letting her countrymen cheer her on.

I think a harsh reprimand, a public apology, and doing an interview to apologize would have been enough.  She is 23, younger than both my son and daughter.  At 23 I said a lot of stupid things I regret.  But banned from competition in the Olympics?  I think it is too harsh.

Very Interesting site that allows you to see all sorts of world data by year, month, day, etc.  Kind of cool.

ConNotations Newszine Volume 23, Issue 2 Is Out!

I have five things in there.  The staff and the Editor Patti Hulstrand were kind enough to first add me as a staff writer, now as a columnist.  I have a non-fiction piece on theories of astro-physicists on the beginning of the universe, two book reviews, a movie to book comparison, and a mention of my upcoming book signing at The Book Rack on September 8, 2012 from 11 am to 2 pm.  The Book Rack is located on Signal Butte Road off I-60 in East Mesa, Arizona.

You can check out this edition by going here:

Then you can scroll to the bottom, and click enlarge to open the document in Adobe Reader.

It is a great publication that not only has interesting stories, but the advertisements tell you about all sorts of cool conventions coming up and places that sell unique products that us science fiction fans love.  Thanks to Patti Hulstrand and the Central Arizona Speculative Fiction Society for such a great publication and letting me be a part of it for each of the last dozen or so issues.

There can be only one! 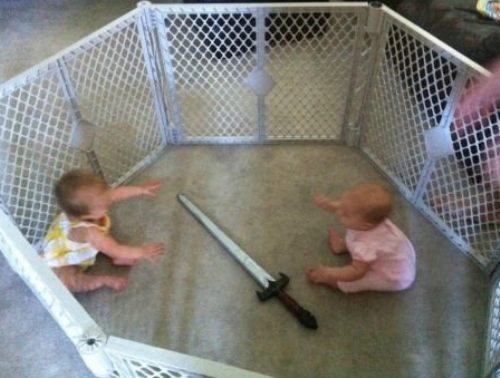 Tagged as highlander, there can be only one

Kind of interesting.  I did not realize the logo had changed so much and so often.