Freedom Bills – Why They Don’t Work…

The problem with protection of groups, religions, speech, gun rights, etc. through legislation is simple – A government that can decide who to protect can also decide who to abuse.  Governments take away rights.  They tell you what you can and cannot do in your life, with your property, with your business, with your money, with your family.

When anyone goes to the government to pass a bill to “protect their rights” they are putting their head in the lion’s mouth.  As Thomas Jefferson wrote in the Declaration of Independence:

“We hold these truths to be self-evident, that all men are created equal, that they are endowed by their Creator with certain unalienable Rights, that among these are Life, Liberty and the pursuit of Happiness.–That to secure these rights, Governments are instituted among Men, deriving their just powers from the consent of the governed.”

Our rights and freedoms come from our Creator, not from government.  Governments ONLY get their power from what people give them.  We have given our government too much.  A government big enough to pass your bill today will pass one tomorrow that hurts you.  If we want to treat each other properly, we will.  If we want to discriminate, we will. 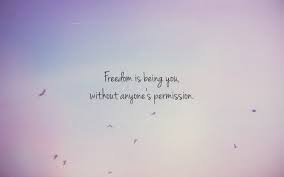 There are laws against murder, robbery and fraud.  So those no longer happen right?  In comes Indiana.  It passed a bill similar to federal laws and laws in 20 other states.  It is passed for religious freedom, but is being touted as anti-gay.  Perhaps it is both, perhaps it is neither.  The real issue is, that bill won’t change anything.  I don’t want to drive people underground in their bigotry against religion or bigotry against gays.  I would rather they freely express their opinions so I can choose not to support their businesses.

My prayer is that we can treat each other with love and respect because it is what is right, not keep running to the government to enforce morality.  Think about it for a minute…  Government as a source of morality?  Really?

Cute Dogs for Your Start of the Week Blues

Cute dog pictures to cheer you up… 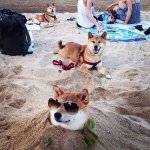 How You Expose Yourself to Identity Theft with “Fun” Facebook Posts

How You Expose Yourself to Identity Theft with “Fun” Facebook Posts

How often have you seen posts such as, “Find out your rock star name”  Or your “Star Wars name” or “What your personality is?”

They often use your birth month, and day you were born.  You then post this in response.  Some ask about your first pet’s name…  For instance, there was a recent one, your stripper name – Your first pet’s name and the last thing you ate.  There were several posts asking your first concert.

What do these have in common?  They are often used as questions for your bank accounts, passwords, PayPal, computer systems and people use them as passwords.  First pet, month and day of birth, first concert, first car, etc.  These are usually posted by your friends because they think they are fun.  Unfortunately, hackers and identity thieves are the ones that start these “fun” posts that quickly circulate. 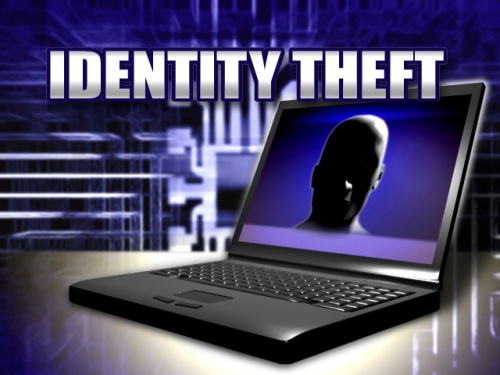 Be aware of this information, posting pictures or names of your kids, posting your address then letting people know you are going to be out on vacation for a week…  All those things are very dangerous for burglary, identity theft and other people looking to do you harm.  The next time you find a “fun” quiz online, just look at the information requested before answering.

2M-year-old find may be ancient ‘playground’

An investigation into what appears to be a nearly 2 million-year-old site in China’s Hebei province suggests the spot served an important purpose: fun. The South China Morning Post compares the dig site to a “playground” for ancient hominids, noting that it was home to some 700 stone objects and 20,000 fragments; some may well have been kids’ toys, believes lead researcher Wei Qi.

He speculates that the objects, most less than two inches long, were made by children and their mothers. “You can almost feel the maker’s love and passion,” says Wei of one piece he describes as “beautifully shaped.” The other bits of evidence supporting his playground theory: The remains of animals or large tools in the area are scarce, suggesting it’s not where hominids lived and a limited number of adults toiled there.

The site is part of the Nihewan basin, which has been the source of a vast trove of ancient discoveries since 1921, Ancient Origins reports.

What’s also relatively new is the dating of the site, carried out by studying its magnetic properties. Results suggesting it dates to between 1.77 million and 1.95 million years ago could make it older than the Dmanisi site in Georgia, which UNESCO calls the “most ancient” in Eurasia.

But outside researchers have their doubts about the playground theory: “It is difficult to rule out the possibility that (the objects) were just stone fragments created by natural forces,” says one.

If the discoveries really were made by hominids more than 1.8 million years ago—when the first hominid is though to have left Africa—it could change the story of human origins, the Week notes.

(A recently discovered jawbone is also challenging such conceptions.)

This article originally appeared on Newser: 2M-Year-Old Stones May Have Belonged to Children 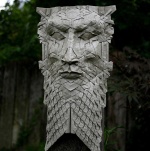 Steampunk Cosplay and a few gadgets…

A Steampunk edition of cosplay for your weekend…

Steampunk K-9 from Dr. Who 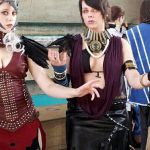 Kato and the ladies of Steamgirl.com 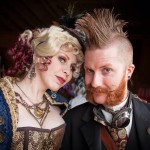 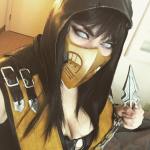 Random Humor for the Weekend 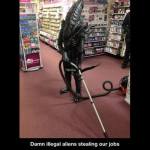 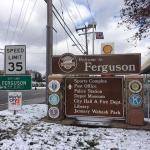 In the 50s this was not dirty… 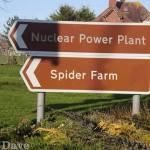 What could go wrong?

If you don’t watch Arrow or read the comics, just ignore this one…

I love this one…