Discovery News
It may not look like much, but together with other tracks in the 280 million-year-old rocks of Prehistoric Trackways National Monument in southern New Mexico, this vague form has been identified as the one and only fossil impression of a scorpion body ever found. The scorpion rested here for a time, then scurried off, and the imprint of its body eventually turned to stone.

The age of the trace fossil, as body impressions and tracks are called, takes scorpions way back to the early Permian. That confirms that scorpions have survived a lot of gigantic mass extinction events between then and now. What’s more, seeing how the carbon dioxide levels in the Permian atmosphere were probably three times what they are today on Earth, it’s not likely anthropogenic climate change will stop these hardy arthropods either.

‘We gave it the name Alacranichnus, which means scorpion trace.’

– Spencer Lucas, curator at the New Mexico Museum of Natural History and Science

“We gave it the name Alacranichnus, which means scorpion trace (alacran is Spanish for scorpion and ichnos is Greek for trace),” said Spencer Lucas, curator at the New Mexico Museum of Natural History and Science (NMMNHS). The discovery was just published in the journal Ichnos: An International Journal for Plant and Animal Traces by scientist at the museum in Albuquerque.

In the paper Lucas, Allan Lerner and Sebastian Voigt describe the trace fossil as a “substantial addition to the poorly known Permian fossil record of scorpions that demonstrates that scorpions were present in the Early Permian coastal plain…. Unfortunately, there is nothing in the way of morphological characters evident from the resting trace that can help determine which particular type of scorpion made it.”

Scorpions are the oldest known arachnids, the researchers explain, with some fossils of probably aquatic scorpions dating back to the Silurian Periods about 430 million years ago. Later, in the Carboniferous (359 million to 299 million years ago), scorpions took to land. But then the fossils peter out.

The unique new fossil will be displayed in the New Mexico museum’s upcoming Paleozoic Hall.

Two men save shark from choking on moose

Two men save shark from choking on moose

According to CBC.ca, two Newfoundland men saved a shark from choking on a moose.

Derrick Chaulk was driving by the Norris Arm North harbor and thought he saw a beached whale. But when he went closer to investigate, Chaulk realized it was a Greenland shark.And it was choking.

“[The moose] had the fur and all the liner on it — it was about 2 feet long, maybe,” Chaulk said.

Chaulk and another man, Jeremy Ball, started pulling on the moose, CBS.ca reported.

“A couple yanks and it just came right out,” he said.

Chaulk and Ball then pushed the shark back into the water. After being still for a few minutes, water starting coming off the shark’s gills and it headed back out to sea.

“It was a good feeling to see that shark swim out, knowing that you saved his life,” Chaulk said. “There was a few people up on the bank watching and once that shark swam out and lifted his tail, and then swam all the way out, everybody just clapped.”

Greenland sharks are rarely seen on the northeast coast of Newfoundland, CBC.ca reported.

Your every Saturday edition of cool cosplay outfits: 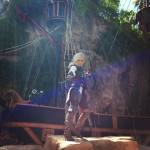 Jessica Nigri as a Pirate at Treasure Island at Vegas

Awkward wait at the bus stop… 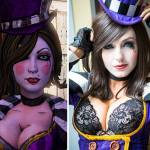 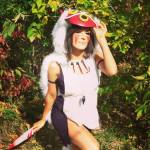 Wind of the Stars Cosplay

Published November 23, 2013
Associated Press
NEW YORK –  Scientists have uncovered a 3,700-year-old wine cellar in the ruins of a Canaanite palace in Israel, and chemical analysis shows this is where they kept the good stuff.

Samples from the ceramic jars suggest they held a luxurious beverage that was evidently reserved for banquets, researchers said.

“It’s not wine that somebody is just going to come home from a hard day and kick back and drink,” said Andrew Koh of Brandeis University. He found signs of a blend of ingredients that may have included honey, mint, cedar, tree resins and cinnamon bark.

The discovery confirms how sophisticated wines were at that time, something suggested only by ancient texts, said Eric Cline of George Washington University. He, Koh and Assaf Yasur-Landau of the University of Haifa in Israel spoke to reporters Thursday before their work was presented Friday at a meeting of the American Schools of Oriental Research.

The wine cellar was found this summer in palace ruins near the modern town of Nahariya in northern Israel. Researchers found 40 ceramic jars, each big enough to hold about 13 gallons, in a single room. There may be more wine stored elsewhere, but the amount found so far wouldn’t be enough to supply the local population, which is why the researchers believe it was reserved for palace use, Cline said.

The unmarked jars are all similar, as if made by the same potter, Yasur-Landau said. Chemical analysis indicates that the jars held red wine and possibly white wine, Koh said. No liquid was left, and he analyzed residues he had removed from the jars.

Patrick McGovern of the University of Pennsylvania, an expert in ancient winemaking, said the discovery “sheds important new light” on the development of winemaking in ancient Canaan, from which it later spread to Egypt and across the Mediterranean. He said the chemical analysis would have to be published before the ingredients of the wine could be assessed.

Curtis Runnels, an archaeologist at Boston University, called the finding significant not only in showing the sophistication of the wine, but also in suggesting that it was meant specifically for palace use. He noted that the chemical analysis showed each jar held wine from the same recipe, showing the “consistency and control you’d expect in a palace.”

Sometimes invasive and annoying, urban marketing does has the potential to be innovative in how the city’s objects are used to convey a message.

There is something interesting about ads that creatively take advantage of urban space (notably from Julian Beever’s optical illusions). Clearly this domain sparks the imagination and gives way to endless innovations. This list is devoted to streets and restricts the art to the ground, further cultivating an appreciation for urban space.

3-An orthodontist can straighten that out

8-McDonald fries tries to take over the world

10-A new security system for manholes

16-Your cigarette butts go in the trash…

17-Made by a creative hairdresser

20-A memorial for victims of the road

Depending on who you are, where you hail from, and where you stand on guns, 3D printing and related issues, this bit of news will either thrill and astound you, terrify you, or compel you to say “meh.”

But here goes: A company by the name of Solid Concepts has made the world’s first metal gun using a 3D printer.

Based out of Austin, Texas, the 3D-printed metal pistol made by Solid Concepts is based on the Browning 1911 firearm. Solid Concepts set out to make this gun in an effort to prove that they can make weapons that are fit for “real world applications.”

‘The industrial printer we used costs more than my college tuition (and I went to a private university).’

To make the gun, Solid Concepts utilized a manufacturing process known as direct metal laser sintering, or DMLS. DMLS is a 3D manufacturing process used to make metal parts for the aerospace and medical industries. The application for DMLS in the latter example is specific to surgical tools, meaning it’s perfectly suited for the creation of precision firearms.

While 3D printers are becoming more and more affordable all the time, don’t get the wrong idea: you can’t just slap down a couple thousand bucks for a MakerBot 3D printer and hope to make your own firearm from the comfort of your own garage.

“The industrial printer we used costs more than my college tuition (and I went to a private university),” said Alyssa Parkinson, a Solid Concepts rep. ”And the engineers who run our machines are top of the line; they are experts who know what they’re doing and understand 3D Printing better than anyone in this business.”

In other words, there’s a big difference between the gun made by Solid Concepts and the weapons made by Defense Distributed, a Texas-based firm that designed guns intended to be built using 3D printers in your home. 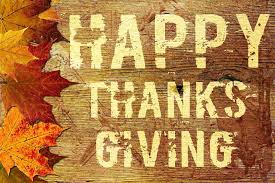 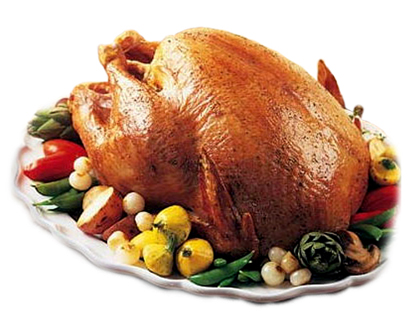