Michael Winter, USA TODAY 5:54 p.m. EST December 12, 2014
A time capsule buried in 1795 by Paul Revere and Samuel Adams was unearthed at the Massachusetts Statehouse in Boston. It is possibly the oldest such U.S. artifact ever uncovered. VPC

A time capsule buried in 1795 by Paul Revere and Samuel Adams was unearthed Thursday in Boston at the Massachusetts Statehouse, possibly the oldest such U.S. artifact ever uncovered.

About the size of a cigar box, the copper container — green from oxidation and caked in plaster — was found in the cornerstone of the “new” statehouse on Beacon Hill, which was completed in 1798.

As Boston Museum of Fine Arts Conservator Pam Hatchfield chiseled away for hours to free the box, five silver coins spilled from the stone block — measures of good luck tossed in when the capsule was entombed by the revolutionary heroes 219 years ago, officials told the Boston Globe. At the time, Adams was known as the governor, not a beer.

The world will have to wait a little longer to learn what’s inside. The museum will X-ray the box over the weekend and reveal its contents next week.

It’s the second time the time capsule has seen the light of day. It was dug out in 1855 during emergency repairs to the building, which houses the legislature and governor’s offices, and replaced when the cornerstone was reset.

Another bit of hidden history was uncovered in September in the city that practically invented American history. A 113-year-old time capsule was found in the golden lion atop the original state capitol.

Newser
An early human dropped a stone tool on a floodplain in what is now Turkey about 1.2 million years ago. Today, its discovery is helping scientists pinpoint when humans began their move from Asia to Europe.

The quartzite flake, described in Quaternary Science Reviews, is “the earliest securely-dated artifact from Turkey ever recorded,” and its discovery pushes back the presumed date of human migration into Europe, researcher Danielle Schreve says, per EurekAlert.

Her eye just happened to be “drawn to a pinkish stone on the surface” while studying a sediment deposit in an ancient river bend near Gediz.

“When I turned it over for a better look, the features of a humanly-struck artifact were immediately apparent,” Schreve says. Other hominin fossils were found in Turkey in 2007, but experts aren’t confident about their age.

Some say an ancient skull shows humans were in Turkey as far back as 1.3 million years ago, but others date it to about 500,000 years ago, LiveSciencereports.

In the case of the flake, researchers used high-precision radioisotopic dating on the ancient river deposit in which the artifact was found. They also used magnetic minerals within the regions’ rocks to gauge the position of the magnetic poles around the time it was left.

The data revealed a “secure chronology,” showing humans were in the area between 1.24 million and 1.17 million years ago, experts say. (Find out why modern humans’ bones are weaker than those of their ancestors.)

Some cuddly critters to brighten the beginning of the work week… 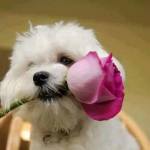 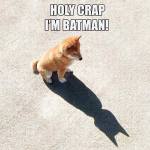 Everything from overhunting and a peasant uprising to deforestation and an alien invasion has been proposed to explain why the Mayan civilization collapsed,Smithsonian notes. But one theory has been gaining ground in recent years: extreme drought.

Not only did the chemical composition of the silt indicate periods of sparse rainfall during the Mayan decline (likely between AD800 and AD1000): It also showed that a second huge drought probably occurred between AD1000 and AD1100—right around the time the Mayans’ relocation site of Chichen Itza is said to have fallen.

Over thousands of years, runoff from rivers and streams during periods of ample rainfall deposited layers of sediment in the Blue Hole’s lagoon, offering scientists a geological timeline to examine.

“It’s like a big bucket,” Droxler tells LiveScience. “It’s a sediment trap.” Excessive rain also erodes volcanic rock, which contains titanium. Droxler’s team found that the sediment’s mineral composition—specifically, the low ratio of titanium to aluminum—in the lagoon indicated periods of low rainfall during the times when the Mayas, for the most part, disappeared.

Scientists surmise that due to a climate glitch, monsoons may have skipped over the Yucatan Peninsula during these periods, leading to eventual catastrophe all around. “When you have major droughts, you start to get famines and unrest,” Droxler explains.

(A “lost” Mayan city with 15 pyramids was discovered in Mexico last year.)

Thank you to all the many people who send me cosplay pictures.  Enjoy!

Tia Dworshak as Tauriel from The Hobbit Movies 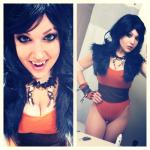 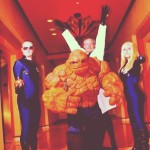 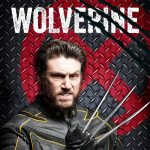 I know my post is late, but it is all Christmas dogs, so I hope it makes up for it…

Wonder if a guy has high testosterone? Just put a spice bottle next to him and see how much he pours on his dinner, according to a new study.

Scientists at the University of Grenoble say that among 114 men aged 18 to 44, those who added the most spicy sauce to their plate of mashed potatoes had the highest levels of testosterone.

Study co-author Laurent Begue tells the Telegraph that testosterone leads men into “more stimulating social groups” and inspires them to “take more risks,” and adds that “in this case, it applies to risk-taking in taste.” Perhaps, he says, regular spicy-food consumption “contributes to increasing testosterone levels, although so far this has only been demonstrated on rodents.” Study participants were invited into a test center, asked to rate their love for spice, and told to spice up the mashed potatoes “to their taste with little sachets of Tabasco sauce,” NHS reports.

At some point the men gave saliva samples that scientists used to measure testosterone. Published in the peer-reviewed journal Physiology and Behavior, the study found a “statistically significant” but hardly impressive correlation of 0.29 between spice-love and testosterone-level (0 indicates no correlation and 1 a “perfect” one, says NHS).

Called “Some Like It Hot,” the study found no causal link between the hormone and spice. NHS reports that other studies have linked high male testosterone to men who love “dominant colors” like red, so who knows, maybe that was it.

Random Humor for your enjoyment!

Not sure you can click a plastic bottle even with wi-fi, and might want a space between c and l….

Reading the label to see what kind of ingredients. 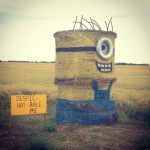 Unicorns of all sizes are pretty

When houses get revenge

So, I guess it is technically a real Indian arrowhead?

Two new species of cave-adapted, eyeless pseudoscorpions have been discovered in a cave on the northern rim of the Grand Canyon. Here, one of the species, Tuberochernes cohni. (Courtesy of J. Judson Wynne, Northern Arizona University)

Two new species of so-called pseudoscorpions have been discovered in a cave on the northern rim of the Grand Canyon.

The elusive creatures, which have adapted to their lightless environment by losing their eyes, were discovered in Grand Canyon-Parashant National Monument, which abuts the better-known Grand Canyon National Park.

Unlike true scorpions, these scorpion imposters lack a tail with a venomous stinger. Instead, the arachnids use venom-packed stingers in their pincers to immobilize their prey, study author J. Judson Wynne, an assistant research professor in the Department of Biological Sciences at Northern Arizona University, in Flagstaff, wrote in an email.

The researchers first discovered the two false scorpions during expeditions in a cave along the north rim of the Grand Canyon, between 2005 and 2007. But it took years before the team identified the species as unique.

“Contrary to popular belief, rarely are we in the field, collect an animal and then brandish our grubby field flasks of whiskey to toast a new species discovery,” Wynne told Live Science in an email.

To confirm the scorpion lookalikes were a new species, the team had to take them back to a taxonomic specialist, who analyzed all the details of the species and pored over all the existing data on similar species. In this case, the team found that one of the species had a thickened pair of legs and a mound on the pincer, while another had a much deeper pincer than other pseudoscorpionsqualifying each as a distinct species, study co-author Mark Harvey, senior curator at the Western Australian Museum in Perth, said in an email.

The creatures, dubbed Hesperochernes bradybaughii and Tuberochernes cohni, respectively, are about 0.12 inches long and feed on tiny invertebrates, including springtails, book lice, mites and possibly cricket nymphs. Many of their prey are just one-fourth the length of a grain of rice.

The two species are named after Jeff Bradybaugh, an advocate for cave research and the former superintendent of Grand Canyon-Parashant National Monument, and Theodore Cohn, an entomologist who identified a new genus of cave cricket and passed away in 2013.

The fact that two separate species of pseudoscorpion can live in the cave while competing for the same food source suggests the cave supports a robust food web. The cave is one of the largest roosts of crickets in northern Arizona, and the pseudoscorpion prey feed on the cricket “frass,” or poop, as well as the fungus that grows on the poop. The cave is also home to a bizarre, eyeless fungus beetle that feeds on the poop fungus.

At one time, the pseudoscorpions’ ancestors lived in the desert environment outside the cave, but they have since adapted to hunting in an environment devoid of light, losing their eyes and gaining an elongated bodies in the process.

In general, pseudoscorpions are odd creatures. Not only are their pincers good for immobilizing prey, they also help the insects hitchhike to new locales.

“They will grasp onto another animal such as birds, mammals and even other insects. They hold on and can be transported long distances,” Wynne said.

This allows the insects to travel farther than they ordinarily could, so they can mate and disperse genes farther than they could walking on their own eight legs. These journeys may also take the scorpions to better hunting grounds, although there’s no guarantee that the next spot is better than their previous one, Wynne said.

But the pseudoscorpions aren’t just freeloaders; they help their animal hosts by devouring parasites such as mites.

The new species were described in the November issue of the Journal of Arachnology.

Editor’s Note: This story was corrected to note that pseudoscorpions don’t have a tail and that the ancestors to the cave pseudoscorpions probably lived in a desert environment, not a sunny one.