The US Military No Longer Fights

The only boots on the ground are apparently going to be military serving outside their training taking care of Ebola patients.  While the President does not believe ISIS or terrorism are imminent threats to our national security, and his people assure us we have nothing to fear from Ebola, it is apparently a national threat worthy of troops?

When I was in the military, we were all taught how to kill.  Basically, our job was to kill the enemies of the United States.  This is the Oath I swore to:

There is no expiration date on that oath by the way.  It does not end, “Until such time as I am separated from service…”  We were taught simply to have the enemy die for THEIR cause, and to live for ours.  Several times I was nearly in combat and I did suffer a service related disability which I still have.  As a volunteer, disabled veteran and patriot, it disturbs me that our military no longer fights.  Thank God President Reagan was my Commander-in-Chief.  In fact, the recent administrations seem committed to never having our troops fight, with the dreaded “boots on the ground” bs.  Instead, they nation build, school build, do humanitarian work, police work, and basically do everything they are NOT trained to do.  They are trained to kill the enemy, not be social workers and the Peace Corps.

So now, we have our military going to West Africa, not to fight terrorists, but to be health aid workers.  They get to build and staff clinics for Ebola patients.  I remember fondly the portion of my military training on treating deadly viruses (sarcasm).  My real training was on firing pistols, automatic rifles and learning how to fix planes to bomb the hell out of the enemy.  Yep, can’t risk boots on the ground for the military to fight like they are trained to, as the best fighting force in the history of the planet.  Nope, let’s have them do blood samples.  Read for yourself…

US military personnel on Ebola mission to handle blood samples

FoxNews.com
\The U.S. military mission to combat Ebola in West Africa is facing questions about the serious health risks American troops will encounter in heading to the epicenter of the deadly outbreak.

According to officials, a small group of trained military medical technicians on the ground will not be required to make direct contact with patients infected with the Ebola virus. However, they will have to handle infected blood samples, which Pentagon officials acknowledged Tuesday could be just as dangerous, if not more. 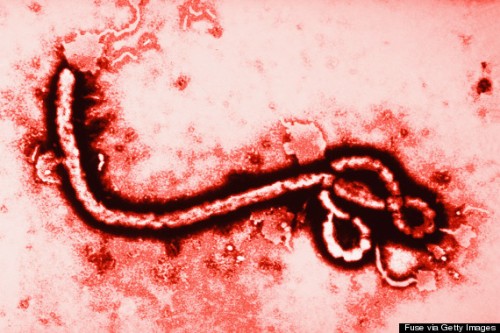 Already, three mobile-testing labs, staffed by three or four technicians each, have been deployed in Liberia as part of Operation United Assistance, the U.S. military’s effort to combat the Ebola virus. Four more labs have been requested.

Pentagon officials say the servicemembers on these small teams are the only individuals who will be intentionally handling any raw material that could be infected.

Gen. David Rodriguez, the head of U.S. Africa Command, told Pentagon reporters on Tuesday that these teams are trained to take all the necessary precautions.

“Those people are trained to the very highest level of operating in a nuclear, biological, and chemical arena, and they are tested continually,” Rodriguez said. “The [team] from Walter Reed has been operating there for many years, for example.” 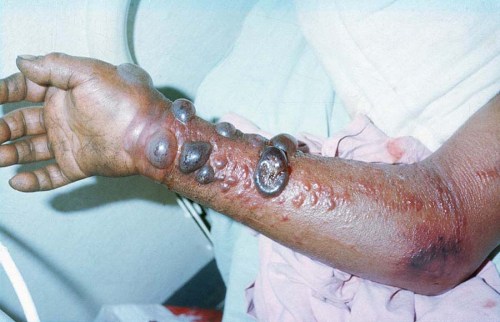 Both Rodriguez and Kirby stressed that while a small team will be required to handle blood samples, most of the force is composed of engineers and logisticians who will not be dealing with patients.

“Let me assure you,” Rodriguez said, “by providing pre-deployment training, adhering to strict medical protocols while deployed, and carrying out carefully planned reintegration measures based on risk and exposure, I am confident that we can ensure our servicemembers’ safety and the safety of their families and the American people.”

The Pentagon had to clarify some of the general’s remarks after the briefing on Tuesday. Rodriguez had said repeatedly that these laboratory workers would have to come in contact with the patients to take blood samples.

But that was not correct — the samples will be provided to the lab workers.

“In response to comments I made today about U.S. military personnel potentially coming in direct contact with Ebola infected individuals, specific to lab testing, I want to clarify  my remarks. U.S. military personnel working in the labs are not interacting with patients, only samples. The testing labs are manned by highly skilled and trained personnel from the U.S. Naval Medical Research Center. These labs provide 24-hour turnaround results on samples received from area clinics and healthcare providers, with the capability to process up to 100 samples per day.”

So far, nearly 300 U.S. troops have deployed to Liberia, with another 50 going to Senegal, where they’ll provide a staging base for the movement of equipment and personnel. 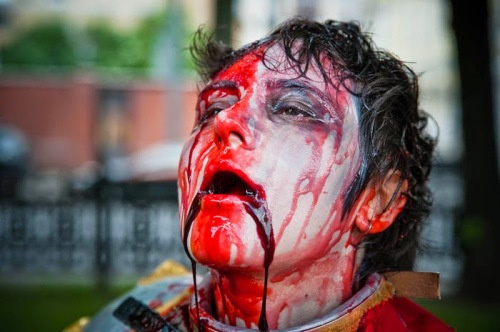 After liver and kidneys liquefy and the patient bleeds out from every opening.

The troops in Liberia, which are still flowing in and could total as many as 4,000, are responsible for setting up 17 field hospitals, each capable of holding 100 beds. Those hospitals will be staffed by civilian aid workers, many from USAID.  The most sophisticated hospital they’ll build will be located in Monrovia, Liberia, a 25-bed operation designed only to treat caregivers who may become infected with the virus.

Meanwhile, Rodriguez said the mission could last for up to one year. He said $750 million already has been budgeted for the first six months.

He said containing the spread of the virus is a national security priority for President Obama.

Obama is expected to visit the Pentagon Wednesday, only his second visit inside the building since taking office in 2009.

The president will meet with senior military leaders to talk about Ebola as well as the Islamic State.