It always amazes me how our society paints the picture of a new woman in the life of a father. Tales of abusive women and their cruelty towards their husbands precious babies. I say NO! Let us analyze this.

Cinderella: The story of a wonderful woman with two daughters. Marries the man she loves and accepts his child as her own. Unfortunately, her love passes away leaving her a single mother in a time where women struggle financially as job opportunities for them are scarce. Yes, she KEPT his child. YES she fed and clothed her new daughter. And what did she get in return? Cinderella was a nasty, unappreciative brat. She refused to do chores and constantly complained. When she would finally, hesitantly, do any work around the house, she would make up stories and lie. Guess what little girl, the mice and birds aren’t helping you and we all know it. After being grounded for this type of behavior, what does she do? She sneaks out of the house to go see some boy. Then she leave a very expensive shoe out who knows where! Then when this boy comes trolling around the house, Miss Cinderella is grounded to her room only to sneak out again! Then she runs away from home.

Snow White: This is the story of a vain little girl. Her dad marries a queen. A QUEEN! This is a fantastic scenario for any struggling single father. His daughter can be set for life. Unfortunately for him life didn’t last as long as he anticipated. Now the Queen must decide what do with his child. Like any good woman, she keeps Snow White. A life of royalty and luxury with nothing in return. All she asks is that Snow White behave in a manner befitting the crown. This child never has to lift a finger or do a chore. She appreciates nothing. Running away to shack up with men, partying constantly, and orgies with peasants  are not becoming of the royal step-daughter. It’s an embarrassment to the entire kingdom. What is the Queen to do? She can’t exactly send out the guards. The entire kingdom would be a laughing stock. I don’t blame her at all for sneaking some melatonin and chamomile into the apple. She needed that unruly brat to take a nap. But then of course another boy sneaks into her bed. Now Miss Snow White goes around saying that the stepmother who loved and cared for her was just jealous of her beauty.

All of this behavior is bad enough, but to go around telling everyone stories like they are  victims is just despicable. These loving women care for the children of the men they love.  Now they are slandered throughout their villages and history. No appreciation at all.  These children could have been shipped off to the orphanage but for their loving stepmothers.

I’m sure that someone will bring up Hansel and Grettle. Let’s look at that case. History proves that Grimm Fairy tales changed this story. The reality is that it was their biological mother who sent them off into the woods to die, not a stepmother.

Let us recognize the misunderstood roll of the stepmother. These women take in children who are not their own. They do their best to love and care for these children despite being lied to, abused, and slandered.

At the end of the day the step-child could have been shipped off, but wasn’t. 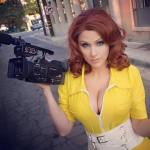 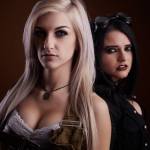 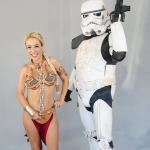 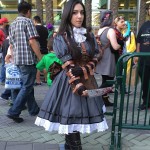 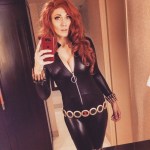 Your first installment of cosplayers and cosplay for 2016!

The Green Lantern with Toni Darling right from Kill Bill 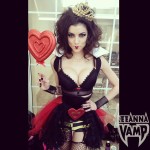 Vamptress Lee Anna Vamp as the Queen of Hearts 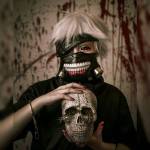 How to Tame Your Dragon

Cosplay pictures and cosplayers for your Saturday enjoyment! 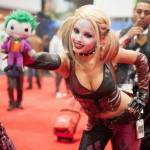 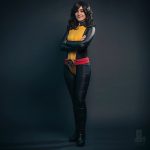 Toni Darling as Lady Death and Kip Mussat as himself…

Cosplay pictures for your Saturday!

Michonne from The Walking Dead

Crossplay of Gambit with Rogue 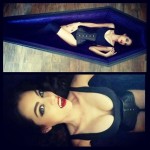 Cosplay Pictures for your Saturday!

Cosplay and cosplayers for your Saturday enjoyment!

NOTE:  I have about 50,000 photos now that have been sent to me by various means.  I don’t have names for everyone.  If you wish to post your name, photo credits, hair or makeup credits, etc, just comment on the picture.  The comment does not appear automatically, but I will remove the photo or make any attributions within 24 hours.  This post is to promote and celebrate cosplay, cosplayers, photographers and others.  I can’t tell if photos are cell phone shot or professional.  I leave them untouched, including the photo bugs and data.  Thanks!

Queen of Hearts and Alice in Wonderland 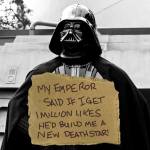 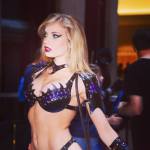 Cara Nicole is the fox on the right. 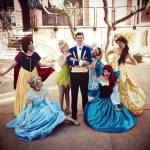 Cosplayers and cosplay for your enjoyment!

Kurt Colin as a Klingon 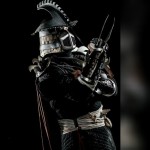 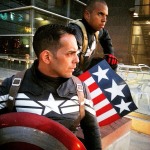 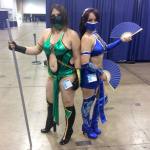 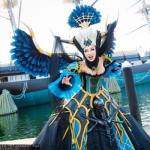 Cosplayers and cosplay for your enjoyment! 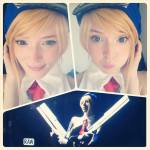 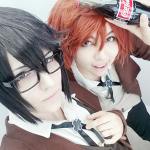 The original Boba Fett as himself

Cable, Wolverine and Gambit from S-Men

Krash Cosplay as a faun

Tony Contreras, aka AZ Tony Stark Center, to the right his daughter.

Cosplay Pictures for your Saturday

Cosplayers and cosplay for your weekend appreciation and enjoyment!

Link from Legend of Zelda 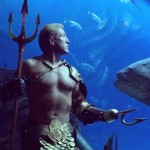 Pirates of the Caribbean, Davy Jones 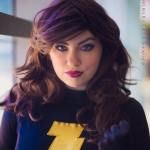 Lightning Cosplay, she is from Germany

Back to the future