I knew that the rainbow lens used on so many Facebook profiles following the SCOTUS ruling reminded me of something…  Now only the very old will get this – because you had to grow up in an era when you went to an arcade to play video games and you had to put in quarters.

The screens on those video machines were cathode ray tubes that illuminated pixels with electron beams generated by an electro-magnet.  This caused a Gauss problem due to the lines of flux.  Not to get too technical, but the imbalance of magnetic waves messed up the screen and made it swirly and look like a rainbow.  You had to fix the screens by using a circular magnet known as a De-Gausser.

Coincidence?  Or were early gaming companies using Nostradamus like screens? 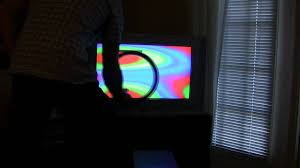 A key tool at any arcade 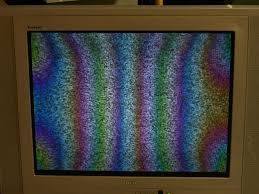 This game would be difficult to play 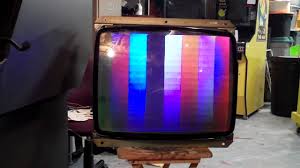 This screen is hard to watch.