When I was 21 years old, I joined the United States Air Force.  My Commander-in-Chief was President Ronald Reagan.  I was ready to die for my country and still am.  We were trained to make the enemy die for their country and for us to live for ours.  If I was in good shape and young, I might join the French Foreign Legion just to fight the bastards who celebrate hurting people in Paris that can’t fight back.  Those vicious bullies are not so brave when you have weapons too.

I hope my country and the world realizes finally that we are at war.  The enemy knows this and declared it nearly 30 years ago now when they issued a jihad against us.  There is no negotiating with a strong enemy, full of belief in their cause, and so far winning.  You have to hunt them down and destroy them until the remnants are too weak to rebuild.  Whether it be Nazis, the Mongol Hordes, or radical Islamic terrorists, they have to be annihilated.  There will always be people who want to rule the world in their own sick ways and will not respond to anything but superior force. 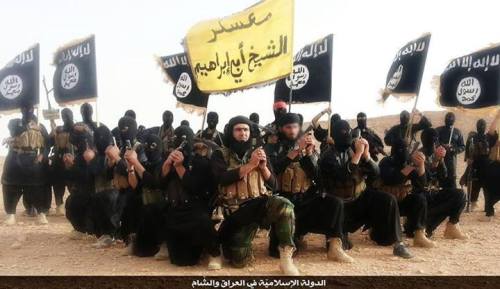 I will do what as I can as a gimp old man to contribute to this effort.  If you can, find a worthy cause, like Wounded Warriors, the Red Cross, the USO, or others to contribute.  If you are in the military, I hope our leaders give you the tools and the go ahead to fight this war.  Like most major conflicts, this will take time, resolve, and loss of life to win.  Unfortunately, these nationless wars tend to take decades or even centuries.  In a country with a 5 second attention span, I worry we are not up to the fight…

PARIS, FRANCE – NOVEMBER 14: People place flowers and candles on the pavement near the scene of yesterday’s Bataclan Theatre terrorist attack on November 14, 2015 in Paris, France. At least 120 people have been killed and over 200 injured, 80 of which seriously, following a series of terrorist attacks in the French capital. (Photo by Jeff J Mitchell/Getty Images)