Archaeologists have discovered the capital of a long-lost Maya kingdom in the backyard of a cattle rancher in Mexico.

Experts from Brandeis University and Brown University were part of an international team that excavated the site, dubbed Lacanja Tzeltal, in Chiapas in southeastern Mexico. The site, which was settled in 750 B.C.E and occupied for 1,000 years, was the capital of the ancient kingdom of Sak Tz’i’, according to Brandeis University.

The discovery came about in unusual circumstances. In 2014, Whittaker Schroder, a graduate student of archaeology at the University of Pennsylvania, was waved down by a carnita seller on a highway in Chiapas. He told Schroder, who was researching archaeological sites in the area for a dissertation topic, that his friend had uncovered an ancient stone tablet. When Schroder and Harvard graduate student Jeffrey Dobereiner visited the friend, a cattle rancher, he showed them the tablet and they were able to verify its authenticity.

Schroder informed Charles Golden, an associate professor of archaeology at Brandeis University, and Brown University Bioarchaeologist Andrew Scherer. It took a number of years to gain permission to excavate the site, which is in the cattle rancher’s backyard. Archaeological work began in June 2018, with researchers having to carefully fence off the site from the rancher’s cows. 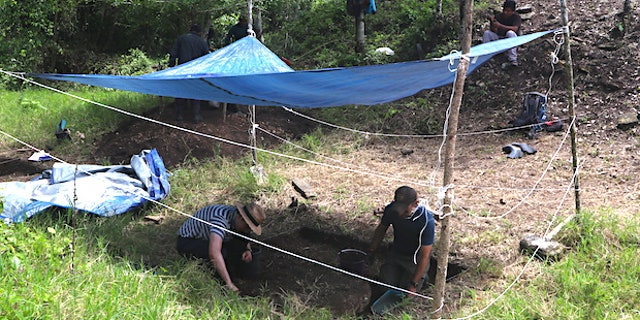 Although not as large as the well-known ancient cities of Chichen Itza or Palenque, the Sak Tz’i’ capital contains the remains of a 45-foot high pyramid and nearby buildings that were once the homes of the city’s elite and religious sites. A 1.5-acre “Monuments Plaza,” which served as the city’s ceremonial center, was also found, along with the remains of ancient fortifications and dozens of sculptures. An ancient ballcourt was also uncovered.

The research is described in the Journal of Field Archaeology.

The archaeologists, with the permission of the Mexican government and the local community, are planning to return to excavate the site in June. The next stage of their research will also include LiDAR (Light Detection and Ranging) surveys of the area. LiDAR uses a laser to measure distances to the Earth’s surface and can prove extremely valuable to study what is hidden in areas with thick vegetation. 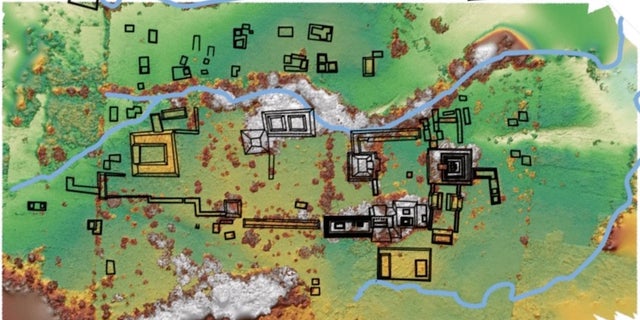 A map of the excavation site. (Courtesy of Charles Golden)

The find is the latest in a series of fascinating Maya discoveries.

Last year, experts discovered a unique ancient tool in southern Belize that was used by Maya salt workers more than 1,000 years ago.

In 2018, an ancient mask depicting a 7th-century Maya king was discovered in southern Mexico. 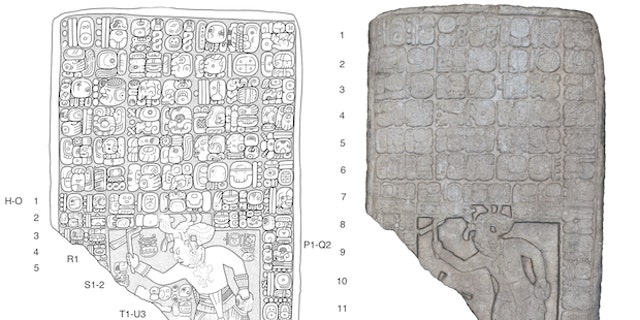 A drawing of a tablet found at the site (left) and a 3D-model of the tablet (left).

Also in 2018, archaeologists harnessed sophisticated technology to reveal lost cities and thousands of ancient structures deep in the Guatemalan jungle, confirming that the Maya civilization was much larger than previously thought.

LiveScience reports that hundreds of Maya artifacts that may have been used in ritual animal sacrifices have also been discovered at the bottom of a Guatemalan lake.

From its heart in what is now Guatemala, the Maya empire reached the peak of its power in the 6th century A.D., according to History.com, although most of the civilization’s cities were abandoned around 900 A.D.

Tagged as Long-lost Maya capital discovered in backyard in Mexico