Scientists have discovered that two unique reservoirs of ancient water once flowed deep beneath the surface of Mars.

It’s hard to believe, but at one time the dry and dusty Red Planet was wet and lush.

“A lot of people have been trying to figure out Mars’ water history,” University of Arizona planetary scientist Jessica Barnes said in a statement. “Like, where did water come from? How long was it in the crust [surface] of Mars? Where did Mars’ interior water come from? What can water tell us about how Mars formed and evolved?”

Barnes and her colleagues examined the isotopes of hydrogen locked inside Mars rocks. Isotopes are variants of an element with different numbers of neutrons. They studied samples they knew were originated from the planet’s crust: the Black Beauty and Allan Hills meteorites. 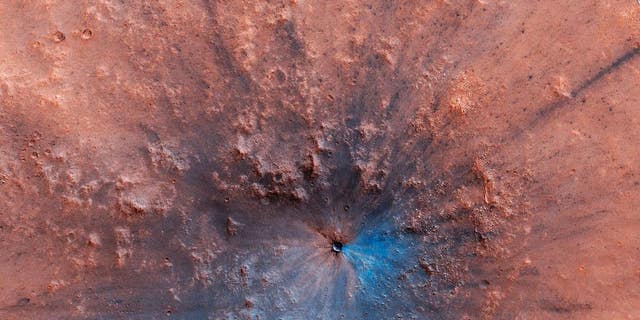 Their analysis, which was published today in Nature Geoscience, showed that Mars likely received water from at least two vastly different sources early in its history.

The variability the researchers found seems to imply that Mars, unlike Earth and the moon, never had an ocean of magma completely encompassing the planet.