Silence of the Shi-Tzu…

My dog Barclay needed his shots today.  A good friend took him for me and sent me this picture.  Hannibal Lector cosplay… Apparently, this vicious hound my nibble on you if you stick needles in him and he had no idea why.  I probably would too.  It was kind of funny he was listed as a biter, when in his entire life he had never bit anything.  You can’t even coax him to bite you and his teeth are like tiny pearls. 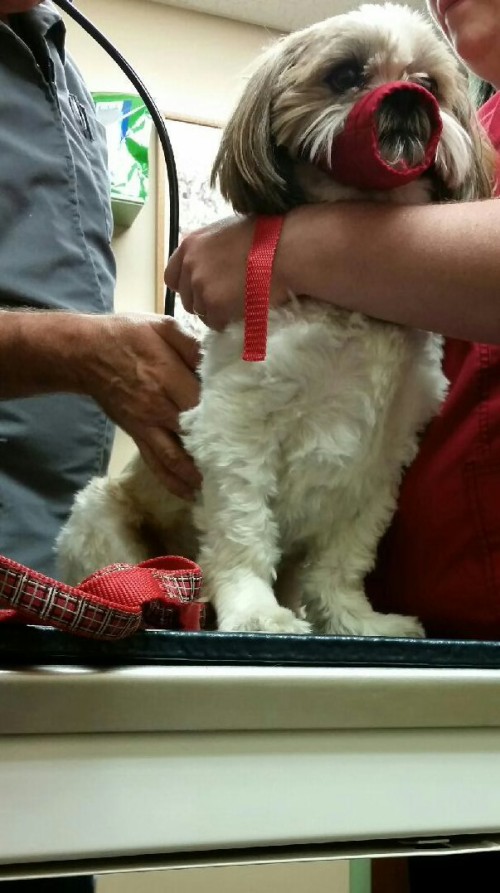 His vet is the best vet I’ve ever used, kind, knowledgeable and inexpensive.  Rare nowadays.  Thank you Dr. Day and all the great folks at Glendale Animal Hospital for taking care of my fierce creatures.  🙂

Doggies to help start your week off right… 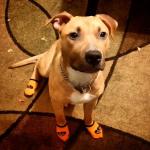 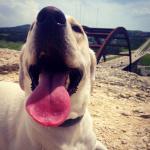 This is my dog Barclay. He wraps the blanket around himself and plays Little Red Riding Hood 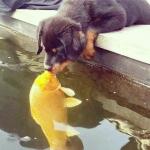 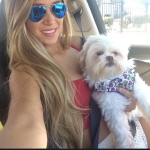 Lovable doggies for you to enjoy!

One of my own dogs – Barclay 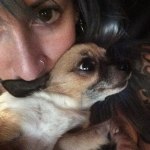 Shi-tzu are the perfect pet for a kid

A Dog and His Blanket

One of my dogs, Barclay, the playful Shi-Tzu can make a game of anything.  His favorite toy right now is his red blanket.  He lays on it like a pillow like most dogs, but he also makes it into a fort draping it over the couch and coffee table.  He also covers himself and has you fight with him while he can’t see.  You tap his paws or face and he bites at the hidden intruder.  My favorite though is when he plays Little Red Blanky Hood.

Barclay wears his red blanket like a hooded cloak.  He could be a Jedi knight, a superhero, little red riding hood, whatever.  I am not sure what goes through his mind, but he loves it.  He is at this very moment fighting with my wife under his blanky.  Here is a picture, and no, it is not posed.  He does this himself… 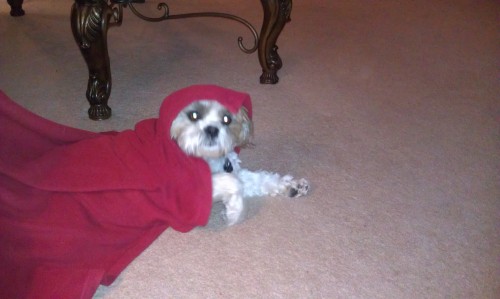 I am back from Vacation

I had scheduled posts while I was gone, but I was out of town from Sunday through Wednesday up at Christopher Creek in Arizona in the tall pines beside the eponymous stream.  We stayed once more at Christopher Creek Lodge.  The last time we went, we were snowed in with a freak storm.  This time, we were rained on by a freak rain storm.  I told them that if they ever need moisture, invite us to come up and stay.  Our house here in North Phoenix received 2.64 inches of rain the first day we were gone and the freeway was shut down due to flooding.  So, it was probably worse rain if we had stayed home.

Arizona has the largest stand of P0nderosa Pine in the world.  Across the state stretches a divide called the Mogollon Rim.  In the pine country, we were over one mile high, just over 5,500 feet where we stayed so it was nice and cool and pretty.  A great break from the ghastly heat of this summer in Phoenix.

We brought the Hounds of the Bradleyvilles with us this time, fierce, ferocious creatures – all three of them.  My wife took the dogs on so many walks, they were actually tired.  Our youngest two dogs are pretty rambunctious, but in this picture, they had gone for walks and ran around the enclosed dog park until they were too tired to even look up at the camera. 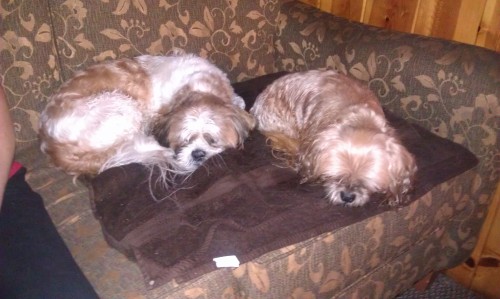 Our older dog is about 17 years old now and she skipped out on some of the running. 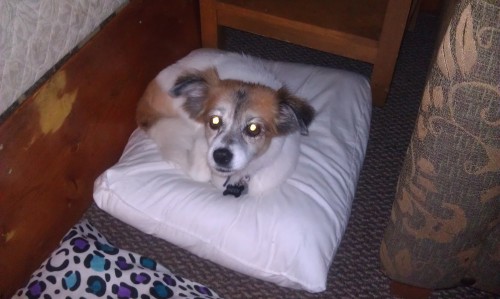 Here is a picture of Christopher Creek by our cabin.  It was running brown with mud from all the rain run-off the first day, but this is the third day when it was clear again.

Thanks to the nice folks at Christopher Creek Lodge! 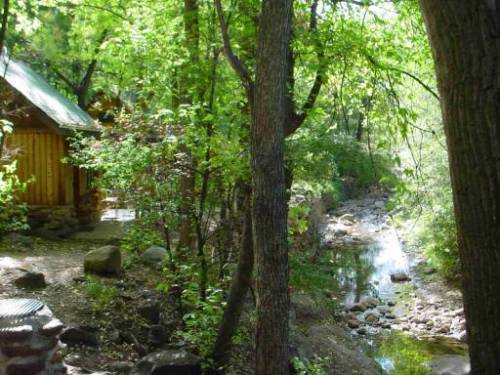 My Valentines, and 10 Reasons Your Dog is Your Valentine

My valentine is my gorgeous wife Becky of 28 plus years.  This is her on our cruise a few years ago to the Southern Caribbean.  Yes, I married above my station… 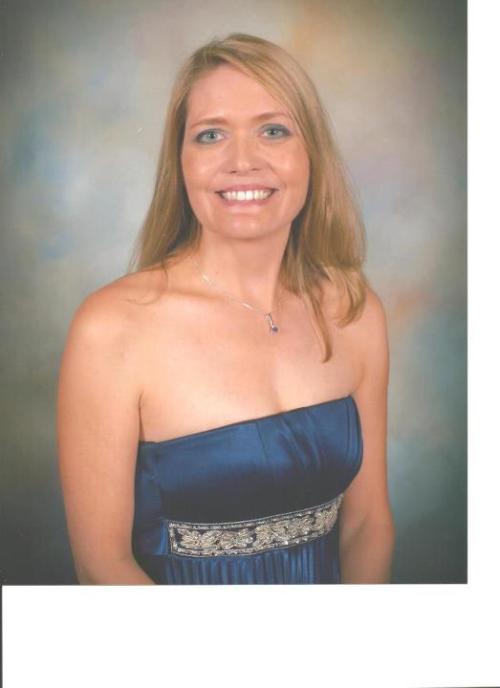 My next valentines are my kids:

Heather in a modeling shoot 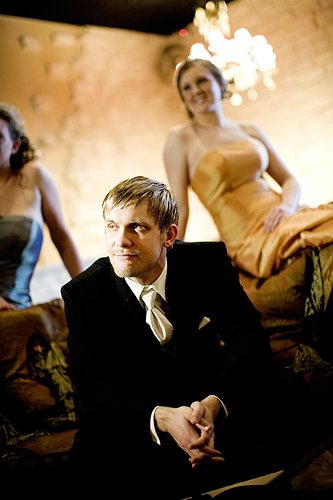 Alex in a modeling shoot

Yes, both kids take after their mom for good looks, thank goodness!  Both doing great, both have been professional actors, models, singers and are now pursuing additional careers.

Finally, my dogs are my last three valentines:

Now for the story…

10 Reasons Why My Dog Is My Valentine

The following article was written by Keegan Baur.

Valentine’s Day is the day when we cherish our loved ones and shower them with affection. We each choose a valentine and make every effort to show that special someone just how much we truly appreciate him or her. But who says “that someone” has to be human? For everyone who’s “in love” with a furry, four-legged canine, let’s take a moment to reflect on why we’re so crazy about our dogs.

1. My dog joyously greets me every time I come home.

2. My dog is always in the mood to cuddle.

3. My dog never leaves the toilet seat up.

4. My dog enjoys long walks on the beach.

5. My dog never complains about my cooking.

6. My dog helps me clean up spills in the kitchen.

7. My dog keeps me warm at night and never steals the covers.

8. My dog shares my belief that there’s never a wrong time for a nap.

9. My dog doesn’t fight with me about what show we should watch on TV.

10. My dog loves me unconditionally.

If you’re looking for a “long-term relationship” with a furry friend, please visit your local animal shelter and save a life.