The Constitution – What Does it Mean to You?

I know I have thousands of people visit this site from outside the United States, so this is mainly for the people here in the US, but I would welcome your perspective as well.  In 1776, a group of predominately Free Masons met regularly to discuss big thoughts.  The biggest was mankind’s inate right to be free.  They decided to go to war with the most powerful, largest empire in the history of the world – The British Empire, in order to put in practice their revolutionary ideals.  They wrote a summary of their opinions in what is now called The Declaration of Independence.  The key phrase being:

We hold these truths to be self-evident, that all men are created equal, that they are endowed by their Creator with certain unalienable Rights, that among these are Life, Liberty and the pursuit of Happiness. 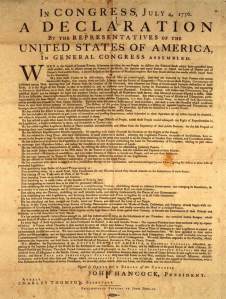 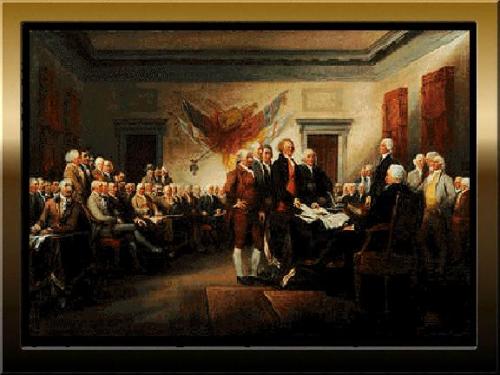 They went further to state that government was created to serve the people, not the other way around.  That if government stopped serving the people, not only did people have a right to rebel, but they had an obligation to overthrow tyranny.  Thomas Paine sent these thoughts in longer form to the masses in Common Sense, which became the literary rallying cry of the people.  You must remember, that up until this time, for thousands of years, Emperors, Kings, Shahs, Warlords and the like were the way countries were ruled, and many believed in the divine right of monarchs.  Class systems of a ruling hierarchy with a permanent lower caste were accepted as the way things were.  To actually espouse that people were to be free and government served them was turning the world upside down.

These people went on to win, and to form the United States of America.  George Washington, who his whole life had been extremely ambitious, was so changed by the war that he turned down the offer to be King.  He agreed only to be President, with limited powers.

The Constitution limits the government.  It says all power is with the people themselves EXCEPT those powers expressly given to the federal government.  It only limits government, not people.

On September 25, 1789, two years after the Constitution was enacted by the colonies to form a central government, the first Congress proposed 12 amendments.  The first two were not ratified, but 3 to 12 were.  These became our first 10 amendments, also referred to as the Bill of Rights.  Even though the Constitution was established to limit government, just two years later, most felt that government had to be limited even more specifically.  Again, all the Bill of Rights limit what government can do, not what people can do.  Here is a key phrase:

The powers not delegated to the United States by the Constitution, nor prohibited by it to the States, are reserved to the States respectively, or to the people.

The tenth amendment clearly states that if a specific power is not given to the federal government, then it is left to the states, or to the people.

Why is this important?  Today, there are two major schools of thought, strict constructionists and loose constructionists.  Strict constructionists tend to be conservatives who believe that the Constitution is a brilliant document and should be followed to the letter.  It preserves the rights of the people and protects against tyranny.  They read The Federalist Papers, a series of explanations on why the Constitution, our form of government, and each of the amendments was passed and its purpose.  These were written by our founding fathers to inform their fellow citizens of their thinking.

Loose constructionists believe the Constitution was good for its time, but it is dated, and seriously flawed.  These tend to be liberal jurists and politicians.  They often advocate using international law and modern culture to make decisions, and view the Constitution as a “living document” that they can change or ignore for modern circumstances.  In a 2001 Chicago Public Radio Interview, Barrack Obama (When he was a law professor and community activist) said that, “The Constitution reflected fundamental flaw of this country that continues to this day.”  You can here that comment here: http://www.youtube.com/watch?v=11OhmY1obS4 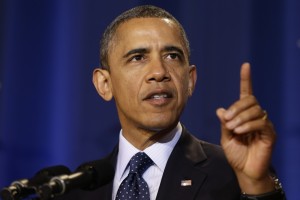 President Obama has also stated that the Constitution is flawed because it says what government can’t do, but not what it can do.  Strict constructionists do not view that as a flaw, but as the intended strength and core of the document.

WHAT IT MEANS TO YOU

The second amendment guarantees your right to bear arms.  The founding fathers put this amendment in so that if government got out of hand, people could rise up and rebel.  The right to bear arms was the right to overthrow a corrupt government.  The British tried to suppress the rebels by collecting their weapons and stopping them training as a militia.  That is how the first battles at Lexington and Concord came about.  British troops were sent to collect people’s weapons and to stop them training as a military unit on the common greens.  That is a sobering thought, that we are allowed weapons so we can take over our government.  And yet, our “loose constructionists” support this same idea when they give arms and support to rebels in Libya, Egypt and Syria to overthrow their corrupt governments.  They support the second amendment for others, but not for us.

If you don’t like the second amendment and find it outdated, their is a process to change it.  However, to avoid this, the federal government is seeking to curtail the ability to purchase and own weapons despite the constitutional guarantee.  Is the Constitution outdated and can the government simply ignore it?

Healthcare reform is also in my opinion a clear violation of the tenth amendment.  So is the Federal Department of Education.  There is no authority under the Constitution for the federal government to run health programs or education programs.  Those are reserved to the individual states and the people.  Do you care?

Strict constructionists believe people can decide their own lives and use of money better.  Even if people do make stupid decisions, it is their life and their God given right to do so.  They believe that government is the problem, taking more and more money, controlling more and more of our lives, and only interested in its own growth.  They view having bureaucrats and do-gooders running their lives as the whole reason we rebelled from Britain in the first place.

WHAT DO YOU THINK?  DO YOU CARE?