From who built it to what it was used for, Stonehenge is surrounded by many enduring mysteries — and researchers from the University of Buckingham in England now say they’ve solved one of them.

“For years people have been asking why is Stonehenge where it is, now at last, we have found the answers,” David Jacques, an archaeology research fellow at the university, said in a written statement. 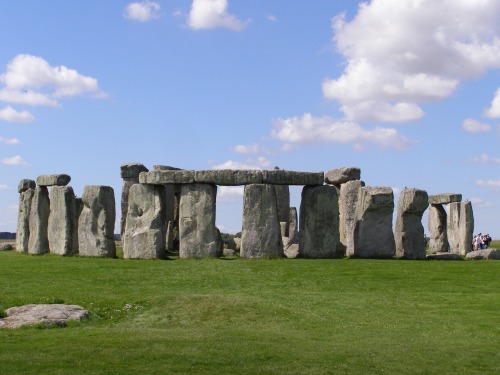 Last October, Jacques led an archaeological dig at a site 1.5 miles from Stonehenge. His team unearthed flint tools and the bones of aurochs, extinct cow-like animals that were a food source for ancient people. Carbon dating of the bones showed that modern-day Amesbury, an area that includes the dig site and Stonehenge itself, has been continuously occupied since 8820 B.C. Amesbury has now been declared the oldest continually occupied area in Britain.

The finding suggests that Stonehenge was built by indigenous Britons who had lived in the area for thousands of years. Previous theories held that the monument was built in an empty landscape by migrants from continental Europe. 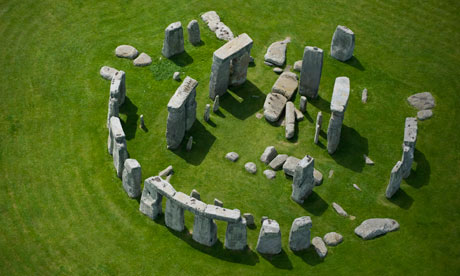 “The site blows the lid off the Neolithic Revolution in a number of ways,” Jacques said in the statement, referring to the assumption that those migrants drove Britain’s transition from a hunter-gatherer to a farming society in the 6th Century B.C. “It provides evidence for people staying put, clearing land, building, and presumably worshipping, monuments.”

The researchers say evidence suggests that before erecting Stonehenge, people living in the area set up gigantic timbers between 8820 and 6590 B.C. — a sort of wooden precursor to the stone monument. Jacques likened the area to a “Stonehenge Visitor’s Center,” where visitors from far and wide came to feast and tour the site with local guides.

“The area was clearly a hub point for people to come to from many miles away, and in many ways was a forerunner for what later went on at Stonehenge itself,” he said.