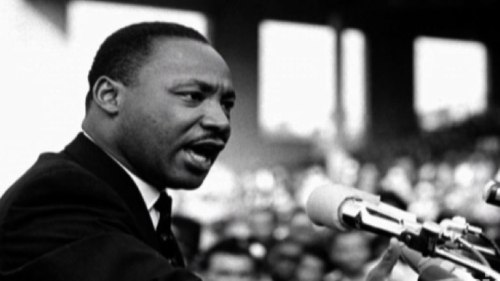 My father hated the Civil Rights Movement.  He was a white southern racist and it was the late 50s and early 60s.  I, myself, was born in 1963.  I was almost five years old when Martin Luther King, Jr. was assassinated.  Unlike my father, I always respected MLK.  After all, our family was from the south, we attended the Church of Christ, which was very similar to MLK’s Baptist Ministry, and he spoke of non-violence.

Better words have never been spoken.

Just like Gandhi, Mandela, and others that preached non-violent protest, he had his ups and downs.  MLK was flawed like all humans and he was the first to admit it.  Like those other leaders, he faced jail time, prosecution, hatred and eventually death at age 39 for his beliefs.  As I grew older, my respect for MLK only grew.  His oration skills, the stunning speeches, and the Christian based turn the other cheek response to hatred are models for us all.

People forget it was the Southern Democrats who created the KKK and it was the Democrats who opposed the Civil Rights bill.  Just as Abraham Lincoln, the first Republican President, freed the slaves, it was the Republicans that supported the Civil Rights bill.  MLK forced Southern Democrat Lyndon Johnson to see the hand-writing on the wall, and cobble together enough Democratic votes to pass the legislation.  To be clear, that was over 50 years ago.  I do not believe that the modern Democratic Party feels this way.

I wonder what MLK would do today.  What would he think of the massive black poverty, high abortion rate, broken homes and the government welfare state?  I wish leaders like MLK would rise now, to take that next step, to free African-Americans from poverty, crime ridden neighborhoods and reliance on the government.  Who will lead us in this third and very necessary step to put the disadvantaged on an even footing?  Until that leader arises, we can all do well to remember MLK and the massive contribution he made to improving this country.