Why We Sing “Auld Lang Syne” on New Year’s Eve

Why We Sing “Auld Lang Syne” on New Year’s Eve

This is an excerpt from our book, The Wise Book of Whys, available on Kindle | Nook and in Print | Audiobook

This tradition is mostly thanks to Guy Lombardo and the Royal Canadian Band. While their work is largely unknown to those born in the last few decades, the band has sold over 300 million records to date. Guy Lombardo himself has three stars on the Hollywood Walk of Fame, and he was once the “Dick Clark” of New Years before Clark and his “New Year’s Rockin’ Eve,” attempting to appeal to younger audiences, started supplanting “Mr. New Year’s Eve,” Guy Lombardo.

It was in 1929 that Guy Lombardo and his band took the stage at the Roosevelt Hotel in New York City on New Year’s Eve. Their performance that night was being broadcast on the radio, before midnight Eastern-time on CBS, then after on NBC radio.

At midnight, as a transition between the broadcasts, the song they chose to play was an old Scottish folk song Lombardo had first heard from Scottish immigrants in Ontario. The song was Auld Lang Syne.

Previous to this, there are several documented instances of others singing this song on New Year’s Eve, going all the way back to the mid-nineteenth century, but it wasn’t anywhere close to the staple it would soon be after Lombardo’s performance.

The next year, and every year thereafter, all the way to 1976, with Lombardo dying at the age of 75 in 1977, they played it at midnight on New Year’s Eve at first broadcast out on the radio and later on TV. Thanks to “Mr. New Year’s Eve” and his band, it’s still tradition to this day.

It is often said that the song, Auld Lang Syne, was written by famed eighteenth century poet/songwriter, “Scotland’s Favorite Son” -Robert Burns. However, Burns never claimed to have written the song -in fact, quite the opposite. When he submitted it to the Scots Musical Museum, he included a note stating:

The following song, an old song, of the olden times, and which has never been in print, nor even in manuscript until I took it down from an old man’s singing, is enough to recommend any air.

The song was first published in 1788, and later a slightly modified version was published in Thomson’s Select Songs of Scotland in 1799, three years after Burns’ death.

The title, roughly translated to modern English, literally means “old long since,” but more figuratively means, “Times Gone By” or “Times Long Past.” It is simply a song about remembering old friends and the times spent with them. Burns set the lyrics to a traditional Scottish ditty called Can Ye Labour Lea.

Happy New Year – Be it Resolved….

The following are some New Years’ Resolution Statistics for 2012.

For myself, I promised to reduce stress, lose weight, and publish my first novel.  I reduced stress and my heart is beating correctly for the first time in twenty years, I lost 80 pounds, though I gained 5 back over the holidays, and I have three books published, as well as around 35 short stories and magazine articles.  I must say this is the FIRST time I EVER kept any resolutions.  How did the rest of you do last year?  What are you planning this year? 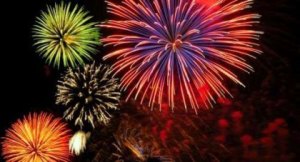