1880: The Arm of the Statue of Liberty on Separate Display

C. 1880: THE ARM OF THE STATUE OF LIBERTY IN MADISON SQUARE GARDENS, NEW YORK

In order to fund the Statue, elements of it were shipped from Paris to New York and exhibited to the public – such as the the arm and torch, on display here in Madison Square Park, New York. 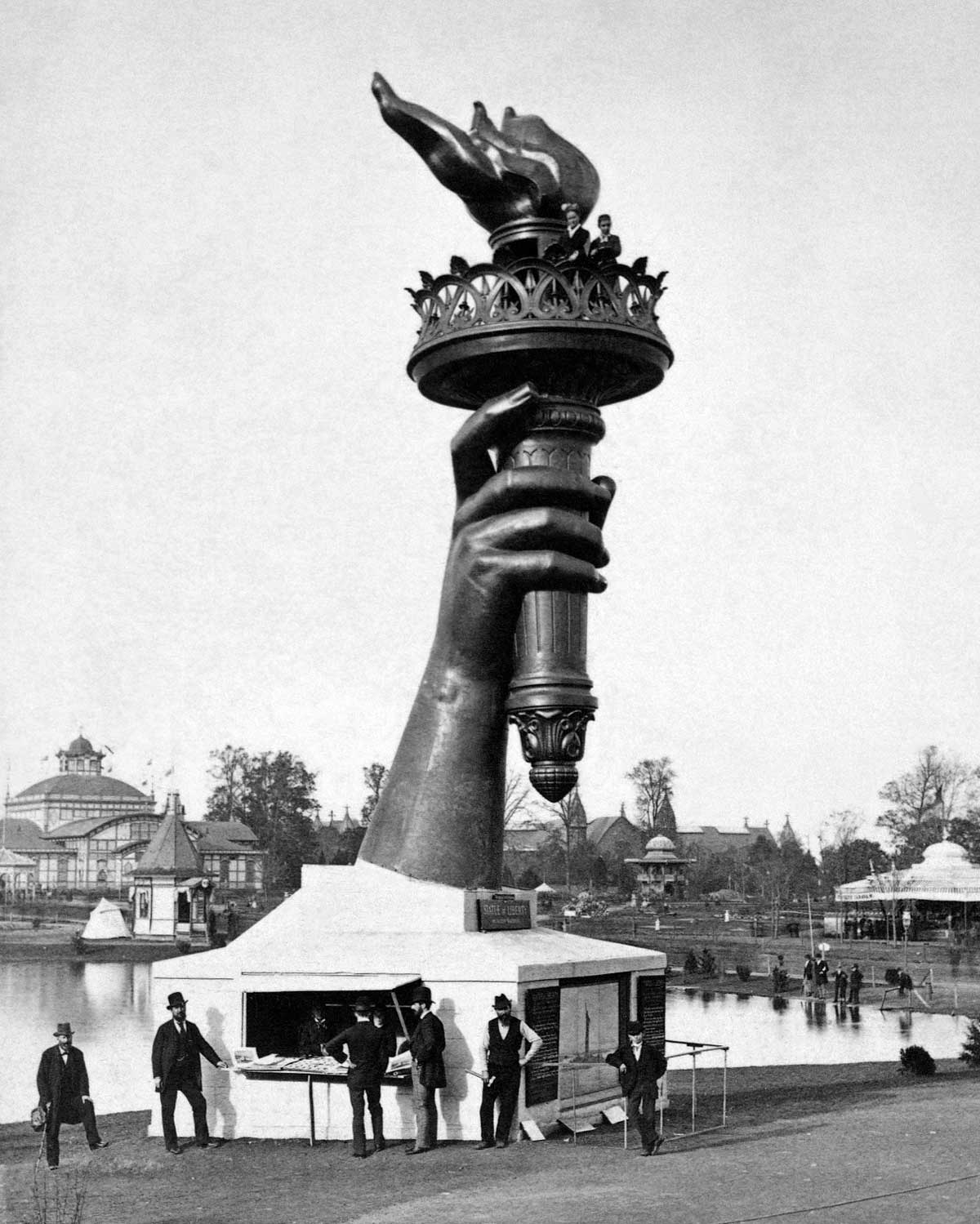 The Worst Places To Seek Refuge During The Zombie Apocalypse

The Huffington Post  |  By Landess Kearns
Posted: 10/21/2014 8:26 pm EDT
If and when the zombie apocalypse is nigh, we will all have to make one monumental decision: Where to seek refuge?

Steer clear of the 25 cities on the map below, produced by real-estate website Trulia. Unless you’re a zombie, in which case, live it up! (Oh wait, you can’t.)

When the undead rise up, hitting the beach in zombie-free bliss will not be an option. Honolulu is ranked as the most appetizing city for hungry zombies.

Residents of Honolulu will make easy targets for the walking dead, what with the city’s high walkability and lack of hardware stores (where there are potential zombie-killing weapons). Honolulu also has a high hospital density, making it easy for zombies to find weak victims, and it is extremely congested, with some of the worst traffic in the nation.

New York is number two on the list, followed by Newark, Boston, and Washington D.C.

So where should we find refuge? We might take a page from the book of “The Walking Dead’s” Rick Grimes and build a fortress in Atlanta — it doesn’t even appear on the map.

Deep in the belly of New York’s subway system, a beautiful untouched station resides that has been forgotten for years with only a limited few knowing of its existence. Stunning decoration with tall tiled arches, brass fixtures and skylights run across the entire curve of the station, almost a miniature imitation of Grand Central Station… But it sounds like something straight out of Harry Potter, right?

It was opened in 1904, with the hope of making it the crowning glory of the New York subway system in elegant architecture and a place for commemorative plaques to honour the work that had resulted in such a successful underground mass transit system. It was to be the original southern terminus of the first ‘Manhattan Main Line’; however the station was closed and boarded up in 1945. The gem of the underground began gathering dust, forgotten by the general public, as passengers were forced off at the Brooklyn Bridge Stop before the train continued on to the terminus to make its turnaround.

The reason for its closure was that newer longer cars were required to match the demand of passengers that passed through the system. But as the stations tracks were severely curved, a dangerous gap between the train doors and the platform was formed making it an unsafe area. This combined with the fact that only about 600 people used it, resulted in its closure with only mythical plans of turning it into a transit museum. But this was never followed through.

However, now you don’t have to take my word that the secret City Hall Station exists, as the 6 Train will now allow the passengers who have been enlightened with the knowledge of its whereabouts to stay on the train during its turnaround and see the Station. You won’t be able to get off, but you’ll be taken for a slow tour of the platform and see what a beauty it was in its heyday!

And if that isn’t enough, The Underbelly Project has turned it into a kind-of off-limits art gallery. They are a group of street artists who have painted the walls of the unattractive concrete areas with their art in a spooky art exhibition that will be witnessed only by urban explorers who prowl the deep train system at night and Metropolitan Transportation Authority workers.

Over a hundred murals have been accumulated over time by graffiti artists, namely PAC and Workhorse (infamous NYC graffitists), who discovered the bare walls and invited others to add their art.

But if you want to go and view these art works, you will most definitely run the high risk of being arrested as venturing the tunnels is both highly illegal and dangerous! I’ll just stick to seeing the photographs as I’m pretty sure my search for art would turn into a horror story down in the black tunnels… or I’d get hit by a train.

New Years Celebration spot in 1880. Longacre Square, New York City, 1880. It was not until The Times moved here after some demolition it was called “Times Square” Last year was the last hosting by Dick Clark. 1880 was the first… (ok, I made the last part up)