If you are a Bronco fan, you should probably skip this post… 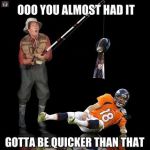 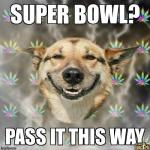