Archaeologists have discovered the wreck of a Roman-era ship off the east coast of Cyprus.

In a statement, Cyprus’ Department of Antiquities explained that the wreck is the first undisturbed Roman shipwreck found in the Mediterranean island nation’s waters. The ship is loaded with amphorae, or large ancient jars, which are likely from Syria and ancient Cilicia on modern-day Turkey’s southeastern coast.

Analysis of the shipwreck will shed new light on seaborne trade between Cyprus and the rest of the Roman provinces of the eastern Mediterranean, officials explained in the statement.

The wreck was found near the resort town of Protaras by a pair of volunteer divers with the University of Cyprus’ archaeological research unit. 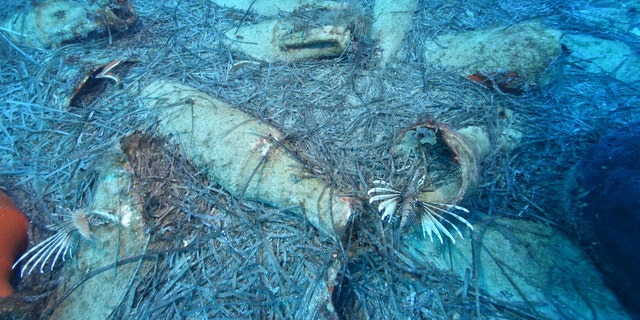 The shipwreck was discovered off the coast of Eastern Cyprus. (Republic of Cyprus, Department of Antiquities)

It’s also the first time an underwater archaeological project is fully funded by the Cyprus government.

A team from the Maritime Archaeological Research Laboratory at the University of Cyprus is working with the Department of Antiquities and Cyprus University of Technology to document and protect the site.

Other Roman shipwrecks have been grabbing attention in recent years. In 2017, for example, archaeologists in Egypt discovered three Roman-era shipwrecks and other stunning ancient artifacts on the Mediterranean seafloor off the coast of Alexandria.

Climate change researchers working in the Black Sea also discovered 60 shipwrecks dating back 2,500 years, which include vessels from the Roman and Byzantine eras.

Off the coast of Portugal, the Underwater Archaeological Chart of the Municipality of Cascais contains a host of shipwrecks dating back to the Roman era.