So, Starbucks came out with its holiday cups and they are just red.  In reality, they say they start one color and gradiate downward to another color.  It’s supposed to be cool.  Instead, a bunch of people think it is a War on Christmas politically correct move.  Sigh…

I know a War on Christmas when I see one, and there have been many, but not here.  Starbucks has NEVER had Christmas decorations on their cups, only secular seasonal items, like snowmen, snowflakes, ornaments, etc.  Besides, who cares?  There is absolutely no relationship to a cup and Christmas.  If they had left their cups white, what would that mean?  Nothing.  People are way to sensitive in my humble opinion.  How about we focus on the 100,000 Christians being murdered worldwide each year for their faith and not worry about the color of our overpriced coffee containers?

Last August I had a revelatory experience. A good friend, and Starbucks non-enthusiast, had accompanied me to the local ‘bucks to pick up a quick drink. I ordered my usual, reciting the string of descriptors with the greatest of ease. And she… well, she ordered something I had never heard of — an Iced Grande Dirty Chai.

I was floored. How had she gotten this intel? And how had it evaded me for so long? And man was this drink good.

Naturally, I began to wonder about the other off-the-menu items I had been missing out on, and how many there were. As it turned out, quite a lot. Green Eyes and Double-Dirty Chais, Zebra Mochas and Crunch Berry Frappuccinos — an entire “secret menu,” revealed.

When I shared what I’d learned shortly thereafter, it sparked a flood of comments from fans and haters, former employees and current Starbucks baristas alike. Most were in fervent agreement about one particular point: These drinks and their oh-so-clever names are not universal, so if you’re planning on ordering one, you better know how to tell your barista to prepare it. (That, and to be prepared to pay a little extra for these special drinks.)

It’s a fair point. After all, as many eagerly noted, these drinks are largely the invention of customers and employees, and are not part of a widely recognized “secret menu” à la In-N-Out. And, as is common with this sort of word-of-mouth game, things tend to get lost in translation.

One man’s zebra mocha is another’s black and white mocha, is another’s penguin mocha.
Still, an impressive number of commenters chimed in with their own creations, making for an intriguing list of additions.

Per a commenter, this is a White Chocolate Mocha Frappuccino blended with java chips and a dash of peppermint syrup.

Says an anonymous barista commenter, “The Marble Mocha Macchiato is a twist on the signature Caramel Macchiato. White mocha on the bottom with no whip, shot on the top and mocha drizzle.”

Prefer your Dirty Chai Tea Latte with soy milk instead of regular milk? According to one barista commenter, thats called a Dirty Hippy.

Recommended by another The Daily Meal commenter who identified themselves as a barista, the Grasshopper Frappuccino consists of a Mocha Frappuccino blended with java chips and peppermint syrup. “It tastes like mint chip ice cream and is a personal favorite.”

This combination of Tazo Orange Blossom Tea steeped in steamed apple juice (with no water), is what one anonymous The Daily Meal commenter calls “a perfect tasty tea alternative for us non-coffee drinkers.”

George Lucas, You Just Made $4 Billion, What Will You Do Now?

George Lucas just sold the rights to Star Wars to Disney along with Lucasfilm, Inc., for $4.05 Billion!  So what would you do, now unfettered from all financial worries, 68 years old, $4 billion bucks wearing a hole in your pocket?

That’s right!  Get up each morning, go to Starbucks and KNIT!  Er, what?  I know the joke “knit-wit” is too obvious…  I can think of 4 billion things to do BEFORE I would turn to knitting in public, but to each their own.  I have a bad feeling about this…

That’s right, Monsters DO exist!  I have listed some pictures below, all of which in my opinion are REAL monsters, living in our world today.  Sleep well tonight…bwahahahaha! 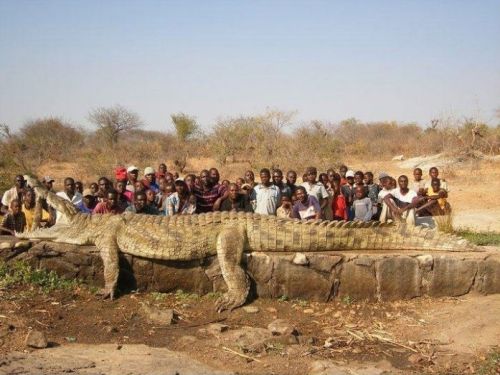 This is a 24 foot crocodile that was killing off African villagers.  The Army had to come in and kill this monster.  A 21 footer was killing villagers in the Phillipines, which they caught, and actually released into the wild.  My own opinion – once a croc reaches over 20 feet and has tasted humans – don’t let them go. 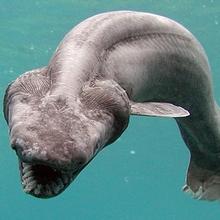 This is some kind of weird thing that lives in the ocean.  All I know is if I saw one while swimming, I would freak out.

Not sure I would hold this bad boy spider crab like that, even if it WAS dead.  Spiders and crabs tend to creep me out anyway, and this thing is just too big for comfort.

That is a giant coconut crab.  Again, if I was taking out the trash and saw that thing, I would run off screaming and call animal control.  It looks more alien than natural creature in my opinion.

Giant Isopods are armed cockroaches that crawl along the bottom of the ocean eating dead whales, dolphins, etc.  They shred them with their claws on eat them.  Kind of a four foot long sea cockroach on steroids.  My own theory – alien scouts, waiting for the mother ship to arrive with more of them to take over the world.  Time to call the Sea Orkin Man.

Enough Calamari to feed all the Italians for a month.  Giant Squid!  Brings HP Lovecrafts’ Call Of Cthulhu to life for me. 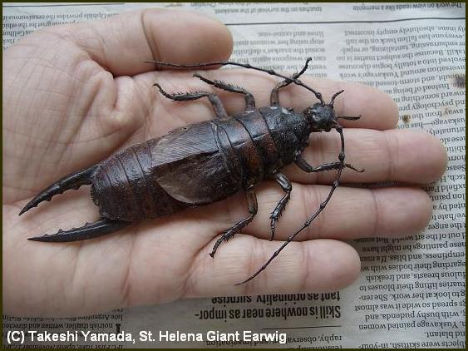 That is a giant version of the common earwig.  It’s amazing how something you would just normally squash without a thought causes a bit more cautionary behavior whenever it is jumbo dimensions!  Also, no matter how disgusting the bug, someone is willing to hold it, and reality contestants will eat it for a chance of 15 minutes of fame.

This tiny ocean dwelling creature, the hydrothermal worm, was captured on an electron microscope. It is magnified 525 times!  Thank God it is not that size in the wild.

Don’t be fooled by its tiny size, its got the will and the stuff to rip you to bones.  This particular cannibal lurks in the oceans at depths greater than 4 miles and has diamond-sharp teeth to cut through steel thread. 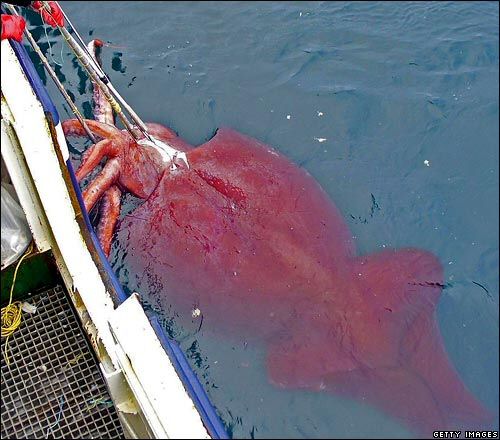 Another giant squid I believe, but nice and red.  Maybe with the blood of its victims? 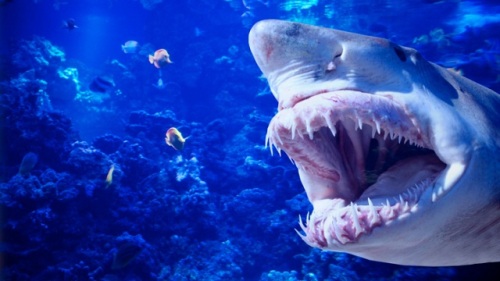 The Great White Shark, nature’s best killing machine.  What list would be complete without it, especially with Jaws and its sequels.  Are we on what, Jaws 80 now?

Yes, I know it is just a mole, but up close it looks like some freaky sci-fi monster.  The big open mouth, the huge claws.  Even at its relatively small size, I wouldn’t want to get near one.  Too creepy…

And finally, the worst monster of all…

Starbucks!  They have spread over the map like locusts, everywhere they go they addict people to caffeine in hundreds of yummy flavors.  The real horror is when you realize you are paying $5 for 20 cents worth of water and ingredients – but you can’t stop – you don’t even WANT to stop!  It’s worse than Invasion of the Bodysnatchers.  At least in that film, people tried to avoid the pods, not so with Starbucks…  People line up around the block for their Venti Caramel Macchiatos and their Lattes with a touch of cinnamon, nutmeg and vanilla.  People behind on their rent and in real fear of eviction can still be seen wandering into their barrista, needing a fix, somehow scrounging up the money to fulfill their need, throwing basics like housing to the wind…